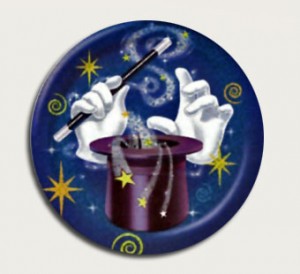 The mass delusion that occurred this weekend when preacher Harold Camping predicted the Rapture would occur to presage the end of the world smacks of Neptune in its own sign of Pisces.  The word “rapture” is defined as “an expression or manifestation of ecstasy or passion; a state or experience of being carried away by overwhelming emotion.”   The planet Neptune instills in us a desire for this ecstasy; any planet in the sign of Pisces longs to be overcome by feelings that are greater than one’s individual self.

Each of us has Neptune in our chart somewhere, and even the most pragmatic of us possesses a  yearning for magic and to lose ourselves in an experience of something.  Depending on the makeup of our charts and our choices, this may be an obsession with a television program, or to lose ourselves in a good book.  It may be the high we feel when we’re running or participating in an extreme sport.  It could be the high we feel when we take a big risk or make a deal happen in our job.  Or it could be the transcendence and bliss that we experience in a long meditation when we achieve an experience that goes beyond the body.   There is a sense of magic with these experiences – a feeling that there is more to life than the material reality that we see with our physical eyes.  And there’s no doubt that this magical feeling opens the door into a reality that lies beyond the reality of our everyday existence.

Sometimes, though, the lines blur between magic and illusion.  We know when we become lost in a book that when the book is over we will return to our everyday lives.  We are clear that after the most blissful meditation we will open our eyes and regain the incarnated state.  The blurring of boundaries between transcendence and material reality is the purpose of Neptune, and in Pisces that obfuscation becomes more powerful.  This can bring an incredible expansion and shift in consciousness.  But it can also bring illusion, delusion and confusion as we saw over the weekend and during the preceding months as thousands of Harold Camping’s followers gave up their worldly goods in anticipation of being taken to heaven.

This isn’t the first time such a mass delusion has occurred, and it certainly won’t be the last.  It’s important to cherish the presence of magic in our lives while maintaining an intelligence of the difference between magic and illusion.