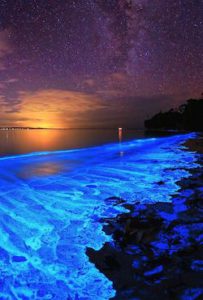 The spread of legalization of marijuana  is certainly occurring, and so is the spread of opioids to quash the psycho-emotional pain that Chiron added to the Neptunian mists. In fact, since Neptune entered Pisces the rates of opioid addiction have increased by over 500% A study by Blue Cross Blue Shield found “In 2010, there were just 1.4 incidences of opioid use disorder among every 1000 members. By 2016, that rate had climbed to 8.3 incidences for every 1000 members.”

There is a lot of talk about how to treat opioid addiction pharmaceutically, especially in light of the health care debate.  But from the astrological viewpoint replacing one drug to kill emotional pain with another, as was done with methadone treatment for heroin addiction, will not solve the problem.  The astrological problem, from my perspective, is that Neptune in Pisces is driving us all to seek greater meaning and a higher experience in our lives.  The materialistic focus on achievement and power and things will no longer work under Neptune in Pisces but many people are unable to find a way to transcend their pain.

This pain appears to be both physical and emotional, and the two are often connected.  Many individuals who become addicted to opioids begin taking them for pain related to injury.  Other types of pain, such as back pain and fibromyalgia, likely have an emotional component such as the work pioneered by Dr. John Sarno.  In some studies yoga and meditation have been found to be helpful  in relieving pain symptoms.

We can all navigate the transit of Neptune in Pisces (which will continue until 2026) more successfully if we focus on bringing more transcendent experiences into our lives.  Finding a spiritual connection through meditation, song, yoga, or religious bliss.  Allowing the creative side of your being to emerge. Spending time in the stillness of nature.  Ultimately all of these experiences will bring us closer to the bliss and heightened awareness of consciousness that is called for now.