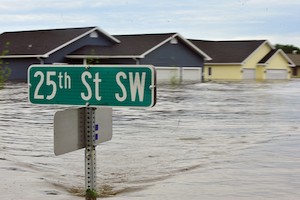 In the last three months alone, floods in Maryland, West Virginia and Louisiana have combined to kill dozens of people and damage tens of thousands of homes and vehicles.

The National Weather Service reports that parts of Louisiana have received as much as 31 inches of rain in the last week, a number Dr. Easterling called “pretty staggering,” and one that exceeds an amount of precipitation that his center predicts will occur once every thousand years in the area.

read more here.  Climate change is real and this article is not meant to debunk that fact.  However, this surge of major flooding around the world is unprecedented in our lifetime and seems to coincide with the time that Neptune, the planet that rules the oceans and water as well as spirituality and creativity, entered its own sign of Pisces in 2011-2012, the year Sky News said was one of the wettest years ever in the UK.  That year also saw record breaking flooding in Japan, Bangladesh, Nigeria, Pakistan and Minnesota to name only a few.

The record breaking rains and flooding have continued since then and will likely continue until Neptune leaves Pisces for Aries in 2025.  Since Pluto will be entering Aquarius in 2023-2024 and drying out the planet, these rains and flooding could be a real boon to humanity if the water they are generating are handled properly.

Meanwhile I see this as one more way in which astrology continues to explain the unexplainable.