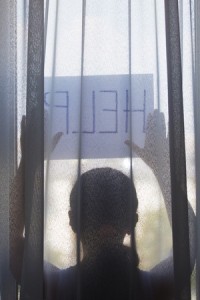 Many of you know that the process of healing trauma is the domain of Chiron and as such is an important part of the work I do with clients as well as an important focus in my own life.  When Chiron was first discovered we astrologers believed that Chiron represented the unhealable wound, but during 30 plus years of readings I realized that these wounds DO heal, but it’s not a simple process.  They don’t just magically go away but instead require a conscious embrace and welcome of the old feelings and emotions into a mindful release.

This kind of healing of trauma is now called Somatic healing.  One of the first practitioners to use this approach, and the first I heard of, was Peter Levine whose first book Waking the Tiger introduced a radical new approach to trauma therapy.  In this approach the patient is encouraged to awaken the fears that have been numbed by the body’s response to trauma so that these feelings can be processed and the trauma released, exactly as I have for years talked about the Chironic effect.  Somatic healing is now widespread and a valuable tool in the arsenal of therapists working with patients with PTSD.

So I was distressed to hear about David Morris’s book on his own PTSD experience (The Evil Hours: A Biography of Post-Traumatic Stress Disorder) in which he states “There is no cure for trauma.  Once it enters the body it stays forever.”   Mr. Morris was an embedded journalist during the war in Iraq and having observed countless deaths and all manner of frightening events returned home with a severe case of PTSD.

I myself have been working to heal my own PTSD for most of my adult life.  It is an onion that I continue to peel, with multiple layers and levels of healing and transformation.  But it is a mistake to believe that trauma is locked in the body forever.  Dr. Levine reports that after a traumatic event the energy of the event is locked into the body memory and trapped until it can be released.  Energy healers know that this locked energy becomes stuck in the body’s energy centers where it can create not only mental and emotional distress but also physical disease and chronic pain.

I have said for years that it is the work of Chiron to trigger this body memory so that the energy of these old wounds and traumas can be released and healing can occur.  Transits of Chiron to sensitive points in the birthchart can activate the body/mind system to release bits of stuck energy in the form of emotion, and if we allow these feelings to emerge they can be released permanently.  This is why I call Chiron the “Soul Healer.”

I would never argue the fact that when one is in a state of post traumatic stress it certainly feels that it will never end.  It feels that you will never be able to function as a normal human again. But these feelings are not reality, and sometimes we find that the greatest traumatic event eventually turns out to bring the gift of wisdom, transformation and ultimate healing.