New dimensions of space and time

New dimensions of space and time 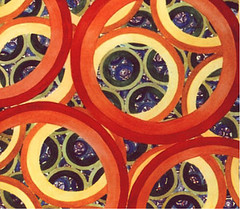 Just in time for the square of Jupiter to Uranus, and proving once again that scientists don’t know everything, here is  an article on a new theory of six dimensions in physical reality rather than just four:

Time is no longer a simple line from the past to the future, in a four dimensional world consisting of three dimensions of space and one of time. Instead, the physicist envisages the passage of history as curves embedded in a six dimensions, with four of space and two of time.

“There isn’t just one dimension of time,” Itzhak Bars of the University of Southern California in Los Angeles tells New Scientist. “There are two. One whole dimension of time and another of space have until now gone entirely unnoticed by us.”

Bars claims his theory of “two time physics”, which he has developed over more than a decade, can help solve problems with current theories of the cosmos and, crucially, has true predictive power that can be tested in a forthcoming particle physics experiment.

If it is confirmed, it could point the way to a “theory of everything” that unites all the physical laws of the universe into one, notably general relativity that governs gravity and the large scale structure of the universe, and quantum theory that rules the subatomic world.

In the quest for that all embracing theory, scientists have been adding extra dimensions of space to their equations for decades. As early as the 1920s, mathematicians found that moving up to four dimensions of space, instead of the three we experience, helped in their quest to reconcile theories of electromagnetism and gravity.

The concept that time moves backwards as well as forwards is nothing new for metaphysicians, but it is certainly a big leap for scientists. The whole concept of provability is evolving in the scientific world as human knowledge begins to envelop areas of life that cannot be proven, creating more mystery rather than more facts.