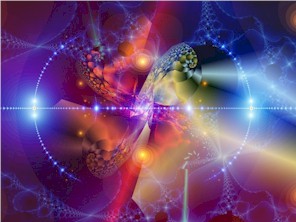 he New Moon today (December 27)  is part of a powerful line up of six planets in the sign of Capricorn, focusing on work and responsibility.  This includes the approaching conjunction of Mars to Pluto, the Sun/Moon conjunction which comprises the New Moon, with Jupiter and Mercury rounding out the stellium, as we call a grouping of planets in a sign.

Venus conjuncts Neptune on the 27th which aligns love for the individual (Venus) with the compassionate love of divine consciousness (Neptune), helping to set the stage for the New Moon in Capricorn. Capricorn is the sign of achievement and a successful life with both feet firmly planted in the material world. This will be an interesting Capricorn New Moon, occurring at a time when the material world is breaking down around us. It’s important to see now that as some aspects of our world break down (under the influence of Pluto in Capricorn), sprigs of new life are taking form – new life forms that will be better suited for the age in which we are living now. We see this with the Big Three automobile manufacturers in the US, which have become tied to an old model of doing business and protectionist thought that has broken down under the influence of globalization.

In this New Moon, Mars has just entered Capricorn and is exactly conjunct Pluto. The combination of Mars and Pluto links the will of the individual self (Mars) to the will of the higher self (Pluto). If the individual will is aligned with the greater Consciousness, this is a powerful planetary dynamic for change and positive growth. If the individual will is resisting the will for complete transformation that Pluto brings to the table, this can be extremely difficult. Six planets/lights are now in Capricorn: Mars, Pluto, Sun and Moon, and the approaching conjunction of Mercury and Jupiter, so practicality and Doing What Must Be Done (a Capricorn theme) is highlighted here.

For those of us who have planets near the zero degree of the Cardinal signs (Aries, Libra, Capricorn and Cancer), like me, with my Mars at zero degrees Capricorn, the last few days along with the next few days will apply an intense pressure for change.  Rather like the pressure that a diamond undergoes when being transformed from a lump of coal, this intense Capricorn focus that includes the fire of Mars aligned with the power of Pluto is designed to distill only what is most practical, most real, and most durable from our lives.

The New Moon provides energy for change, and this is really a terrific influence to have manifesting at the end of the year when we are reading to slough off the dead energy of the past and begin anew with the New Year.  Surrender to what is no longer needed, and begin creating the future.  Over the next couple of months the planets now lined up in Capricorn will shift into Aquarius, and Jupiter (abundance and opportunity) will conjoin Neptune (mysticism and creativity) between May and December, giving new ideas an opportunity to flower and take root.

Update: I really liked what Joseph had to say in the comments so I’ll add that here:

One part of this magic I find fascinating is the Saturn – Uranus opposition now occurring. Saturn rules Capricorn and Uranus rules Aquarius. As sign rulers, this dynamic tension will hold great sway over anything moving through their ruling sign. That so many aspects are affected at the same time by these filters bears important significance in the days ahead. Pluto/Mars sure has made its presence known as we unfortunately see renewed violence in the Middle East and Africa, and horrific acts here in the United States on Christmas Eve/Day. Obama has his Venus at 1 degree Cancer. He has been chaffing recently at the tight press bubble around him. No matter where he goes the press pool follows. Pluto’s “authority” in Capricorn is making that Cancer Venus very uncomfortable. And he’s not even sworn in yet. Will be interesting to see how he is able to rebalance this energy.

Is anyone else having an intense experience this week?