Supermodel Naomi Campbell is back in the news after beating a chauffeur with her fist for not telling her whether her boyfriend was cheating on her.

Back in 2006 I wrote this article about Naomi Campbell for the National Ledger, and I’ve updated to reflect her current transits. 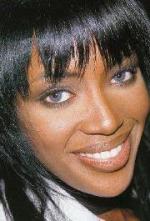 Naomi Campbell was one of the top supermodels, and one of few whose successful career has spanned decades.  Although her official biography claims that she was discovered on the street at the age of fifteen, she was actually the daughter of a fashion designer and sometime model.  She was a trailblazer–the first black model to appear on the cover of Time Magazine, and French and British Vogue.  When most supermodels of the 1990s had lost their luster, Naomi became a successful entrepreneur with her own cosmetics and fragrance line.  However, all this success has not come without a price.

Naomi Campbell is famous not only for her legendary looks, but for her legendary temper as well.  In 1998 she was sued by a former assistant who claimed Naomi beat her with a telephone.  In 2003 Campbell was fired from a Vogue photo shoot after arriving five hours late, refusing to pose and screaming at everyone including her assistant. The owner of the Elite Modeling Agency, John Casablanca’s, revealed in a 2005 article in the Daily News that Campbell was abusive and impossible to work with, and in 2005 her former best friend and fellow model Yvonne Scio accused her of assaulting her when Scio wore the same dress as Campbell.   She also maintained a fifteen year feud with fellow model Tyra Banks, and later revealed that she had been jealous of Tyra’s close relationship with her mother.  They finally reconciled last fall on Tyra’s television talk show.  In March of this year Campbell was again arrested for assaulting a former maid.

Naomi is a Gemini sun sign: Like most people born under the sign of the Twins, she has a dark side and a light side.  Geminis can famously become lost to themselves as they bury the dark side deep within themselves, allowing only the light side to shine forth.  This can have the effect of the dark side erupting when least expected in a shocking explosion.  Geminis are bright and quick-witted, with an easy ability for languages.  They are adaptable and thrive under a variety of experiences.

Her Moon, showing what she needs for emotional security, is in Sagittarius and falls in the tenth house of career.  This identifies her as someone who has a strong emotional need (Moon) to be recognized in the public arena (tenth house), and shows that she longs for adventure and freedom (Sagittarius).  Her Moon makes no aspects to any other planets, and is therefore said to be a “singleton” moon.  This can have the effect of causing her to feel isolated and alone, unable to truly connect with others.  People with singleton planets learn as they become older and wiser that they can learn to connect more with themselves and the sense of isolation experienced as children often blossoms into a strong reverence for solitude.  Often the Moon expresses the relationship with the mother, and it is possible that as a child she felt that her mother was not dependable and not there for her, having the effect of destabilizing her emotions.

Naomi’s Mercury (showing the way she thinks and processes her experiences) is in Taurus, and it conjuncts Saturn, the planet of restriction and limitation.  The Mercury/Saturn connection shows someone who is insecure (Saturn) about her own intelligence and ability to communicate (Mercury), and with these planets in the sign of Taurus she has fixed ideas and can be stubborn as the Bull that symbolizes Taurus.

Both Mars (aggression) and Venus (relationships) in Naomi’s chart are squared (90 degree angle – a difficult combination) by the god of the Underworld, Pluto.  Pluto in our charts often shows where we are likely to be afraid and feel that we are losing our power, and with Pluto in challenging aspect to Venus we find a person who is extremely afraid of rejection.  Because Venus in a woman’s chart often shows how she feels about her own attractiveness, the difficult Pluto aspect can show a deep insecurity about her ability to find and attract love.  Often Venus/Pluto people will reject and attack others before they are rejected themselves.  Naomi’s confession to Tyra about her jealousy fueling her many attacks reflects this.

Mars represents our aggression, but also our ability to express our own will.  Pluto is in difficult aspect to Mars challenges ones ability to assert our needs and experience self-determination.  This can be very frustrating, leading to an explosion of anger.  Pluto/Mars can be somewhat cruel as well, lashing out at others as the anger and rage builds up and seeks an outlet.  The ideal way to manage this kind of pattern is to express oneself as the need arises, rather than allow it to build up over time.

Between 2003 and 2006 when she was in the news for anger issues, Naomi Campbell experienced a long transit of Pluto over the Pluto/Mars combination in her natal chart.  A transit of Pluto can dredge up old emotions and dark places that we thought were long resolved, causing transformation in a way that can be extremely difficult but ultimately exhilarating as we shed the old skin that no longer fits us as we evolve.

Over the past couple of weeks, transiting Mars has been moving very slowly in a challenging aspect to Naomi’s Ascendant and Descendant, the points that describes her interactions with others (Descendant) and her persona (Ascendant).  Mars will be changing direction on March 10 and until then it is sitting in a nearly exact square to her Ascendant/Descendant axis where it is stimulating a great deal of energy and for Naomi, with her irritable nature, more anger and rage.

It is much more difficult to resolve such personal issues when they are played out in the public eye, but hopefully Miss Campbell will be able to spend some time getting to know herself and her issues and continuing to manifest her tremendous talents.  This is exacerbated by the fact that transiting Jupiter is challenging her Sagittarian Moon, expanding her confidence and heightening her innate arrogance (Jupiter squares her Ascendant in her natal chart as well).