Notes on the Upcoming Eclipse

Notes on the Upcoming Eclipse 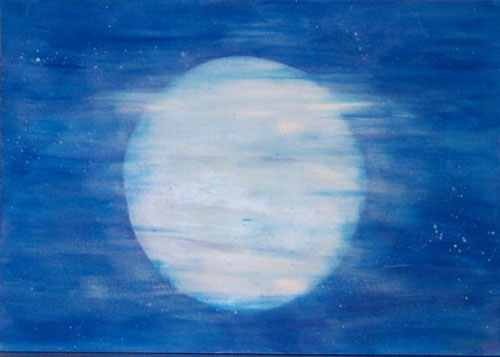 In my travels on the web today I found this article by Geoffrey de Meaux, a French astrologer from that time about an eclipse that occurred in March of 1345 that he believes was the harbinger of the plague.  His description of the mechanism of the eclipse is eloquent and vivid:

The sun is the lord, the director of all events, both general and specific, and the moon is second to him in dominion and power, and their effect is to intensify the effects of the planets acting with them.  It is therefore in the natural course of events, and not to be wondered at, that such a great configuration should bring about major events on the earth, from the nature of the planets which drew to themselves the natures of the sun and moon.  For when the sun is directly opposite the moon, as occurs in a total eclipse, then the power of each of them reaches the earth in a straight line, and the mingling of the influence of sun and moon with that of the superior planets creates a single celestial force which operates in conformity with the nature of the superior planets, which have drawn to themselves the powers of the sun and moon….  On their own they cannot achieve anything great or universal, but when compounded with the sun and moon … they bend the nature of the two luminaries to their own nature, and thus with the power of the two luminaries are able to achieve great things which have a general and universal impact.  These natural causes affect the whole inhabited world between east and north….

Eclipses have long been believed to cause devastating events, and in this article deMeaux draws a connection between an eclipse in March of 1345 to the advent of the Black Plague which devastated Europe over a period of 300 years.  It’s always easier to go back and find astrological correspondences than to accurately predict future events, and I myself believe that the lessons of the Universe are based on surprise, so that if we are expecting one thing under a certain planetary event and work to avoid it, the lesson will come in a different form.

Still, deMeaux’s comment about the power that planetary configurations have when combined in an eclipse is an interesting one, and well worth considering in light of the upcoming lunar eclipse at the Full Moon on August 16th.  Eclipses are thought to have a more powerful effect in those areas where the eclipse is most visible, and for this event that will be in most of Africa, Eastern Europe, central Asia, India and the Middle East. Since these are areas that are in intense stress at this time, it may be hard to see a real difference.

The chart for the eclipse includes a conjunction of the Moon to Neptune, Chiron and the North Node, all in Aquarius.  Aquarius is a dry air sign, and its symbol is the water bearer – the pouring out of water onto the earth.  Chiron has been conjunct Neptune and the North Node for several months now, bringing up old wounds (Chiron) into mass consciousness for healing, but the way towards healing is obscured by falsehoods and illusion (Neptune).

There is a sense here of the wasting of resources, resulting in a deprivation leading to greater conflict. The presence of the Moon in conjunction to the Aquarius stellium suggests that the subconscious and instinctive force will be in ascendancy during the time of the eclipse.  But the North Node will keep the process focused towards our evolutionary future, while the Sun conjoins the South Node showing that our conscious mind will want to cling to the past. Now is a time to let go of our ideas of the direction our world should be heading in, and follow the path of Neptune’s call to the divine through the healing crisis of Chiron, into the path of the future.

The square from Mars in Virgo to Pluto in the chart of the eclipse is in itself a fast-moving transit and therefore less powerful than other slower planetary cycles.  But in the chart of an eclipse, this square can be a powerful signal for conflict and an eruption of violence.  Mars is part of a lineup of four planets in Virgo:  a triple conjunction of Saturn, Mercury and Venus, with Mars a little farther away but still in the sign of Virgo.  Virgo is the sign of purity, health, and the mundane details of human reality.

Relationships and communication could be challenging now with Saturn (restriction and limitation) so tightly enmeshed with the transmission of information (Mercury) and the flow of relating to others (Venus). Virgo has a tendency to be perfectionistic and cautious about the future which is due in part to its tendency to analyze and observe every detail. This is a time when we are more prone to obsess over every detail and this can cause a great deal of worry if we’re not careful to attempt to regain our balance.

Overall, this eclipse is concerned with the polarity between the individual ego (Sun and South Node in Leo) and the call of the transpersonal collective (Moon, Neptune, Chiron, North Node in Aquarius).  Aquarius is innovative and seeks a totally new road to enlightenment.  Change is inevitable, and must be embraced!