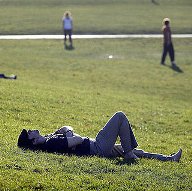 Answer:  They have Pluto in Sagittarius.

This question pops up everywhere, underlying concerns about “failure to launch” and “boomerang kids.” Two new sitcoms feature grown children moving back in with their parents — “$#*! My Dad Says,” starring William Shatner as a divorced curmudgeon whose 20-something son can’t make it on his own as a blogger, and “Big Lake,” in which a financial whiz kid loses his Wall Street job and moves back home to rural Pennsylvania. A cover of The New Yorker last spring picked up on the zeitgeist: a young man hangs up his new Ph.D. in his boyhood bedroom, the cardboard box at his feet signaling his plans to move back home now that he’s officially overqualified for a job. In the doorway stand his parents, their expressions a mix of resignation, worry, annoyance and perplexity: how exactly did this happen?

It’s happening all over, in all sorts of families, not just young people moving back home but also young people taking longer to reach adulthood overall. It’s a development that predates the current economic doldrums, and no one knows yet what the impact will be — on the prospects of the young men and women; on the parents on whom so many of them depend; on society, built on the expectation of an orderly progression in which kids finish school, grow up, start careers, make a family and eventually retire to live on pensions supported by the next crop of kids who finish school, grow up, start careers, make a family and on and on. The traditional cycle seems to have gone off course, as young people remain un tethered to romantic partners or to permanent homes, going back to school for lack of better options, traveling, avoiding commitments, competing ferociously for unpaid internships or temporary (and often grueling)  Teach for America jobs, forestalling the beginning of adult life.

Pluto’s journey through the signs of the zodiac tells the story of generations.  The “Baby Boom” generation is defined by those who have Pluto in Leo, the sign of self-glorification and joy in life.  The “Slacker” generation (1958-1971) has Pluto in Virgo, the sign of work and duty, although that generation has also turned out later in life to be very much oriented towards service.

The generation with Pluto in Sagittarius grew up in a time of expansion and bubbles of all kinds, from housing to stocks.  As a sign, Sagittarius requires the freedom to explore all of the potentialities of life; it does not take well to being hemmed in.  It’s not surprising that this generation would have difficulty leaving the comfort of the nest to face that hard realities of the outside world.

This article makes the claim that this is occurring simply because these kids are in their 20s, and there is no doubt that the 20s are a time of exploration and change.  But other generations have handled this differently.  My Pluto in Leo generation, for example, couldn’t wait to get away from our parents’ house so we could “do our own thing” and express our own individuality, something right out of Leo’s playbook.

The parents of these children are in their 40s and early 50s, born between 1970 and 1985, roughly corresponding to the Pluto in Libra generation.  Libra is the sign of relationships and balance.   In Libra, Pluto completely altered the concept of what a relationship looked like and this was the first generation in which the majority of kids grew up in what we used to call a “broken home.”  A United Nations report stated that worldwide the divorce rate has tripled since the 1970s.  A single parent at home alone may be more motivated to keep their 20-something child at home with them than a married couple who can then move on to the next phase of their life, an idea that is also mentioned in this article:

Parents might regret having themselves jumped into marriage or a career and hope for more considered choices for their children. Or they might want to hold on to a reassuring connection with their children as the kids leave home. If they were “helicopter parents” — a term that describes heavily invested parents who hover over their children, swooping down to take charge and solve problems at a moment’s notice — they might keep hovering and problem-solving long past the time when their children should be solving problems on their own. This might, in a strange way, be part of what keeps their grown children in the limbo between adolescence and adulthood. It can be hard sometimes to tease out to what extent a child doesn’t quite want to grow up and to what extent a parent doesn’t quite want to let go.

Another interesting idea in this article relates to the “baby boomers,” the Pluto in Leo folks, quoting a researcher: “a growing minority of post-adolescents [who] have not settled the questions whose answers once defined adulthood: questions of relationship to the existing society, questions of vocation, questions of social role and lifestyle.” Whereas once, such aimlessness was seen only in the “unusually creative or unusually disturbed,” it was becoming more common and more ordinary in the baby boomers …”

In this article a case is made for looking at “emerging adulthood” as a separate stage of life and that too has astrological wisdom behind it. At the age of 21, every human experiences a confluence of two planetary cycles: the closing square of the Saturn (responsibility) cycle combined with the opening square of the Uranus (liberation) cycle. This period is experienced differently depending upon the individual chart, but generally there is a conflict between the understanding that one is now a grownup with the need to begin to be responsible (Saturn) with a desire to break free from confinements that have been imposed on us (Uranus). The next major cycle is of course the Saturn return at age 28, and the period between these two are crucial in the development of one’s attitudes towards and ability to take on a responsible adulthood.

This Pluto in Sagittarius generation just went through a few years of planetary difficulty as Saturn and Uranus transited Pluto in their charts and set off this dynamic again. Now that this period is over it will become easier for them to find their footing and make their own way.