Musings on the death of Osama bin Laden

Musings on the death of Osama bin Laden 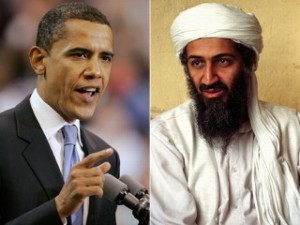 Although March 10 1957 is commonly given as the date of birth for Osama bin Laden, This has not been certain enough for astrologers to rely on. While several sources, including an interview with bin Laden himself, have used the date of March 10, 1957 the US State Department records for some reason used July 30, 1957. For this reason, astrologers have not had a date of birth, much less a time, that was reliable enough to create a chart that was anything but speculative. According to Astrodatabank, an astrologer in Brussels named William de Rijke had a friend at Interpol who saw a copy of bin Laden’s birth records with a time of 10:58 am.  But this sounds fishy to me since they didn’t keep any kind of birth records in Saudi Arabia until the late 1950s, much less one with an accurate birth time. Astrologer Claire France Perez is quoted at Astrodatabank:

“I had acquired information from a Muslim historian, (on the Internet) who said bin Laden was born 3rd month, 10th day of the Muslim calendar year 1377. The FBI lists his DOB as March 10, 1957–the third month and tenth day of our calendar year–incorrectly transposing the Islamic days and months for ours, getting the year correctly. The March 10 1957 date confirms that the 3rd month and 10th day are what we are looking for.”

So I am reluctant to use this data as a chart for bin Laden. I am frankly not so sure that bin Laden hasn’t been dead for years.  Osama bin Laden was very much a public figure and seemed to relish making videos in which he thumbed his nose at the US after al Qaeda bombings, but those videos were never seen after 2001.  In his last video from December 27, 2001 he was frail and clearly i ll. Unauthenticated videos and audio tapes with very different speaking patterns and context s were released, but these were not consistent with his earlier communications. In July 2002 Amir Taheri of the New York Times wrote:

Osama bin Laden is dead. The news first came from sources in Afghanistan and Pakistan almost six months ago: the fugitive died in December and was buried in the mountains of southeast Afghanistan. Pakistan’s president, Pervez Musharraf, echoed the information. The remnants of Osama’s gang, however, have mostly stayed silent, either to keep Osama’s ghost alive or because they have no means of communication. With an ego the size of Mount Everest, Osama bin Laden would not have, could not have, remained silent for so long if he were still alive. He always liked to take credit even for things he had nothing to do with. Would he remain silent for nine months and not trumpet his own survival?

Which mirrors my sentiments exactly.  I just can’t imagine that bin Laden would be living quietly in a compound in Pakistan with his family.  Over the years multiple news sources reported that bin Laden was “probably dead” including a purported will and a funeral. So what really happened in Abbottabad?  And why was the body rushed away from the scene and dumped in the ocean just hours after the event?  There are more unanswered questions than answers right now. Getting back to astrology, the major planetary aspect that appears to have been at work here is the opposition of transiting Mars and Jupiter to the US natal Mars.  We have been talking here at AM about the strong fiery influence of this conjunction of Mars to Jupiter in Aries over the past few weeks.  Mars inspires us to action and to aggression, and Jupiter gives us confidence and optimism so the two together, especially in Aries which is Mars’s sign, creates an environment that facilitates aggressive behavior of all kinds. Because the conjunction opposes Mars in the progressed chart of the US, it activated the warrior dynamic of the country and stimulated a burst of targeted military action. Interestingly enough, transiting Mars and Jupiter are now exactly opposite progressed Mars in the chart of Barack Obama.  So the Mars/Jupiter conjunction first activated the US chart, and now activating Obama’s chart, synchronizing his own warrior nature and symbolically aligning it with the military goals of the US.