Paula Abdul and the fall of American Idol

Paula Abdul and the fall of American Idol 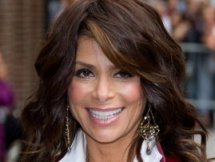 I confess that I am not an Idol watcher, but I HAVE been watching Paula Abdul over the past year and wondering what was up with her.  Last November an accused stalker committed suicide in front of Paula’s house.  Her behavior on American Idol was consistently eccentric (often called “loopy”) and led to rumors of drug and alcohol addiction. Paula claims that her odd behavior is the result of nerve damage from an accident back in 1992 that left her with a painful neck injury and the inability to sleep.

The planetary transits that Paula Abdul is experiencing now are liberating ones, suggesting that her leaving American Idol is going to free her to do other things that she has been wanting to do for quite some time.  We are fortunate in having a birth certificate for her so we have exact data to do her chart (6/19/62, 2:32 pm, LA, California).  Paula’s Sun is in Gemini and she is a person who needs a constant influx of new experiences in order to satisfy her need for change.  That Sun falls in the Ninth House of freedom and adventure and philosophy so it is clear that she will always need to follow her own dreams.

Libra is rising in the chart, which gives her the pleasing personality that has made her a favorite on the Idol program, and the sign of Cancer sits on the Midheaven of the chart, suggesting that in every aspect of her career (Midheaven) she has a desire to take care of others.  This nurturing quality is accentuated by the conjunction of the Moon (the nurturer and ruler of the sign of Cancer) at the Nadir of the chart, its own point.  This is a powerful Moon which shows not only that Paula has a very strong desire to nurture and care for others, but also that her own emotions and feeling nature is extremely strong as well.  Paula herself said, “”I’m a mother to Simon, Ryan, and Randy… and all the former contestants, you know I really play that role. That’s not a role to play actually, it’s who I am authentically,”

That strong emotional streak has created problems for her in her career in the past and I suspect that there is a large part of her which would just as soon be at home with children and pets, taking care of a family.  But Venus, the goddess of attraction, is in Leo in her chart which gives her the ability and desire to perform and to be seen, and it falls in the Tenth House of career and public life which is a magnet for good fortune in the career area even though that Venus is opposed by Saturn which creates self-doubt and insecurity.  Paula feels she has to work harder than others, but hard work comes naturally to her with the Moon in materialistic and disciplined Capricorn.

Over the past year transiting Saturn has been crossing some sensitive points in her chart (Chiron and Jupiter which oppose Pluto, and Mercury which squares the other three) and this has likely created a great deal of internal pressure and a sense of being restricted and confined.  The ongoing Triple Conjunction of Jupiter, Chiron and Neptune has made a harmonious trine  to Uranus in her chart and to her Sun, inspiring her to heal the wound from her past (Chiron) and giving her the confidence (Jupiter) to go after the greater recognition that she feels she deserves.  She has been in continuing contract negotiations (she has reportedly been earning $4 million a year compared to Simon Cowell’s $45M and Ryan Seacrest’s $30M) which recently broke down as her contract was ending. Her place on the Judges’ panel may have also been jeopardized somewhat by the addition of Kara DioGuardi (Paula lite) back in February

The progressed Ascendant in Paula’s chart, the point that reflects our ever-changing persona and personal identity, is in a challenging aspect right now to Uranus (the desire for change), and is being aspected by transiting Jupiter, Chiron and Neptune.  Her departure from Idol is likely more than just a job change; it is a complete transformation of her identity and the way she chooses to reveal herself.  The planetary aspects for the next year are very favorable, and I think we will see Paula blossom as she is released from the restrictions of American Idol.