Planetary news this week! Astrological forecast for the week of June 10, 2019

Planetary news this week! Astrological forecast for the week of June 10, 2019 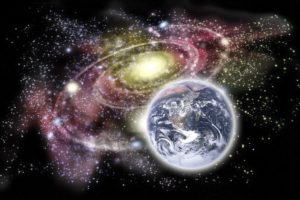 One of the major planetary factors in 2019 is the challenging square from Jupiter to Neptune.   Jupiter is the Great Liberator, it’s expansive and bestows confidence and a general feeling of good luck and abundance.  Neptune is a transformational outer planet – it inspires us to dissolve the shackles that keep us bound to the material world and the restrictions we put on ourselves and to emerge into an ocean of divine bliss.  Jupiter and Neptune are connected through their rulership of Pisces – Jupiter is the traditional ruler, and Neptune the modern one.

Jupiter and Neptune are both quite strong right now, since Jupiter is Sagittarius which it also rules, and Neptune is in Pisces which is also ruled by Jupiter.  So in addition to the 90 degree aspect the two are making to each other, which denotes conflict that requires adjustment, there is another affinity between them that intensifies their interaction.  This can manifest in its higher form as enhanced creativity and imagination, an opening of the higher centers of awareness.  Or it can manifest as delusion, illusion and confusion if we allow ourselves to be lost in a glamour of fantasy and deception.  Under this influence if something seems too good to be true, it almost certainly is.  We like to think of fairies as magical creatures that bring delight, but remember the ancient tales of the faery realms in which humans could get lost for years, under their magical spell.  Magic is a two-edged sword.

Although this aspect will not culminate until June 14th, the entire week is sprinkled with fairy dust.  this is a wonderful time for creativity, for higher intelligence and spiritual wisdom.  It’s the perfect time for a meditation retreat or performing some kind of artistry.  It is NOT a good time to make an important decision – if that can be put off until after the 15th it is probably a good idea.

This square aspect between Jupiter and Neptune is going into the second phase of the current cycle which will conclude in September.  I think of the second phase of a planetary cycle as being somewhat like a mid-term exam – we were tested once already, in January.  If any adjustments are still needed to help us to learn to lose our small self in the service of our higher Self (Neptune) while still finding a way to expand our individual Self and continue to evolve as human beings, we could experience some tension now.

Mars is quite active between the 13th and the 23th, which will help us to shake off some of the inertia of Jupiter/Neptune but could also create some problems.  Mars is the action planet, and it is currently opposing Saturn (limitations and restriction) and will soon also oppose Pluto (destruction, new beginnings).  The combination of Mars attempting to push its way through blockages, sometimes in a reckless manner, with the confusion of Jupiter/Neptune could create some chaos.  All of these planets are between 16 and 22 degrees, so if you have planets in your chart at those degrees you will be particularly affected.

My best advice for this week is to pay attention and go with the flow.  It’s always a good idea to combine the inner voice of the heart, our inner guidance with a clear and rational perception and that is particularly true of this week.  Any time Mars is involved, physical exercise can be helpful to release stuck energy.

The Full Moon on June 17th is likely to bring a catharsis of some kind, so watch these pages for more information as we get closer to that time.