Planetary news this week: It’s time to get practical, with the help of Virgo

Planetary news this week: It’s time to get practical, with the help of Virgo 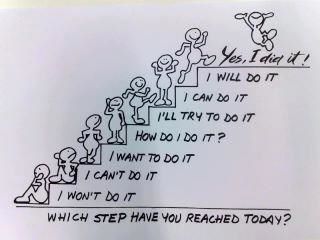 If you’ve been wanting to get your house and your life organized, this could be your time.  Three planets are in the organizational sign of Virgo (Sun, Mars and Venus) as I write this on August 26, 2019.  By the 29th, Mercury will have moved into Virgo for a total of four, and then the Moon joins the party on August 30th for the Virgo New Moon.

Virgo’s realm is the mundane world – the world of daily rituals and routines, helping others, personal hygiene and health, diet and exercise.  Virgo is an earth sign, grounded in the practical and the details of life, but it is ruled by Mercury which is an air planet.  This rulership by Mercury adds a mental dimension of analysis and discernment to the Virgoan influence – under Virgo it becomes easier to lay out all of the details and come up with a comprehensive plan.

We are moving into the final phase of the challenging square between Jupiter and Neptune which culminates on September 22nd.  This planetary influence has been both destabilizing and magical.  Because Jupiter and Neptune are natural allies, even the stressful aspects like the square can bring about a swell of creativity and bliss.   Jupiter’s expansive and buoyant nature gives a boost to Neptune’s inspiration to expand the inner spiritual heart.  (Geeky astrological detail: Jupiter is especially powerful right now since it is moving through the other sign which it rules: Sagittarius, and Neptune is in Pisces, the sign co-ruled by Jupiter and Neptune. ) All of this magic and bliss and creativity and inspiration is wonderful for writers, musicians, artists – anyone practicing in a creative field or exploring spirituality.  It is less wonderful for keeping our feet on the ground and making sensible decisions.

Fortunately Virgo is coming to the rescue until early September when Jupiter and Neptune do their final dance.  This dance precedes Jupiter leaving optimistic Sagittarius for realistic Capricorn in December which could very well start the next economic slowdown and a potential recession, especially in January when Saturn (tests and challenges) collides with Pluto (destruction and regeneration) in Capricorn.  Let’s use this Virgo time to make a solid plan for a foundation that will provided grounded support while we pursue our dreams.  We never want to allow fear to rule our lives, but sometimes a healthy dose of caution can go a long way to protect against delusion in times like these.

This New Moon is a SuperMoon (™ Richard Nolle) meaning the Moon is closer to the Earth than at other times and its influence is stronger.  We often think of SuperMoons as being big beautiful Full Moons, but a lunar event can be just as Super when it is new as when it’s full.  A New Moons is  the beginning of a new lunar cycle, and are known to be fortuitous for planting new seeds both in the garden and in our lives.  Although the New Moon won’t take place until August 30, we can begin thinking now about where such a plan is needed in our lives and what kind of strategies and routines will help to bring us the experiences we want in our lives.