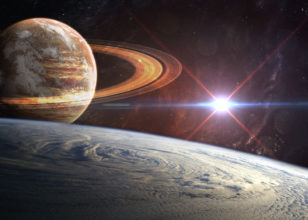 There’s lots to unpack this week!  Here’s what you need to know.

Saturn and the South Node

I have written about this a few times this year so this may not be brand new to some of you.  Saturn is the planet of tests and challenges – it’s like our teacher, always looking over our shoulder to see where improvement is needed.  The South Node represents lessons from the past and qualities which we have incarnated to work through.  The combination of Saturn with the South Node nearly always brings up issues from the past that are unfinished, or situations where poor choices may have resulted in some kind of crisis.  This cycle has actually been working on us since April of this year, but lessened somewhat and is now culminating once again as Saturn and the South Node will collide in an exact alignment on July 3-4. Not everyone will experience this as a test of past choices or behaviors, but it’s a good idea to consider, if there is some kind of crisis, how a pattern from the past may have contributed to situations in which we now find ourselves.

On the 24th and 25th there is the potential for a great deal of creative energy, but personal relationships could be unclear as Venus squares off against Neptune.  The Sun “translates” an awkward aspect between Uranus and Chiron on the 27th which could be uncomfortable for a day or two due to an energy imbalance between the electric energy of Uranus and the physical emotionality of Chiron.

Mercury and Mars move into Leo

Mercury and Mars both leave the emotional sign of Cancer this week, moving into Leo, a more buoyant and self-oriented sign.  Mercury transitions on June 26th, and Mars on July 1st.  Mercury in Leo tends to be more joyful and less rooted in the past – eager to have fun and to seek pleasure, and also emphatic about one’s opinions.  In Cancer, Mars tends to be somewhat reactive and is happier in Leo where the Mars energy of passion and drive can find a more direct expression.  You may find your own physical energy increasing as these planets shift.

The energies of a lunar event, especially an eclipse, typically begin a few days before the actual event and we may begin feeling these energies sometime this week.  I’ll be covering this in more detail, but this is the first eclipse of the summer and it is a total eclipse, visible primarily in South America and the South Pacific.  This eclipse, being in the sign of Cancer which is associated with home, family and the people we call our tribe, is likely to have an impact in these areas of our personal lives. This is a total eclipse, and it is followed two weeks later by a lunar eclipse which is a partial one, but just as potent astrologically because of the placement of the lunar nodes, the gateposts of destiny, relative to the Sun and Moon and the fact that the Sun and Moon are in a tight aspect to Saturn and Pluto as well.

Consequently, there is a great deal of potential in July for some breakthroughs in patterns which are holding us back, but also potential for discomfort if we resist this breaking through.  A proactive approach includes some self-examination to see which areas of our lives are holding us back and where an eclipse trigger could create some unexpected change.

And Mercury about to retrograde

Mercury will turn retrograde July 7th, so by the end of this week it will be slowing down in preparation to retrograde.  There is a “shadow period” and you can read more about that here – the effects of the retrograde typically begins when Mercury’s motion slows down about a week before it actually appears to change direction.  Most people are aware of this phenomenon now, but I will remind you here that until Mercury turns direct and picks up speed again in the first week of August, communication could be confusing and it is not the best time to begin something new or sign important documents.  Often we must do these things anyway, and in that case you just have to pay close attention and review and re-review everything that you are doing to try to avoid problems that can come up later.  And then when they do come up, just remind yourself that Mercury is retrograde, and have a good laugh.