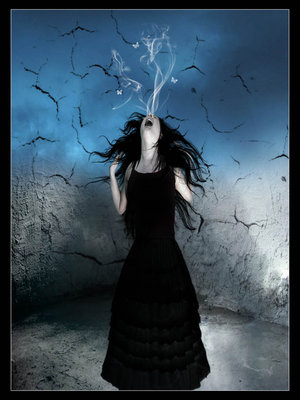 I am late with the Planetary Illuminations report this week, but you all may be feeling the influence of Mars turning retrograde on March 1st followed immediately by Saturn on the 2nd.

Planets don’t travel backwards, but because astrologers view the movement of the planets from our perspective on earth they sometimes appear to travel in reverse direction.  Before a planet changes direction its movement slows down to a crawl and they appear stationary in the sky at the time the change of direction actually occurs.

When a planet is stationary its influence is more powerful.  Mars only turns retrograde every couple of years and the fact that it is retracing its steps over the challenging dynamic square between Uranus and Pluto makes this a significant event.  I discussed this back in December when Mars entered the sign of Libra:

The archetype of Mars is the “God of War.”  This gives Mars dominion over the human quality of aggression and the emotion of rage, but it also helps us to define boundaries and defend ourselves. Mars has been called “the lesser malefic” but it is also the desire nature – the drive that gets us out of bed in the morning and instills excitement and eagerness to make something happen.  When Mars is repressed or afflicted in the natal chart it becomes more difficult to express, resulting in fatigue or health problems.

Mars is said to be in its detriment in Libra, meaning it is not very happy there.  Rather than be directly obnoxious, as Mars prefers to be, Mars in Libra covers its irritation and anger with a veneer of Libran polish so that it can be difficult to really see the truth that lies beneath.

Over the past few months Mars made it almost to the end of Libra before it turned retrograde, and between now and May 20th when Mars turns direct again it will travel about 20 degrees back through Libra.  During this time it will become part of the big Grand Cross alignment in mid-April, intensifying the challenging dynamics and likely igniting some big fires of passion and aggression.

We are also under the influence of Saturn sitting stationary in the sky, having just turned retrograde and at a virtual standstill as it begins to pick up speed for its travel back through the past to clean up any areas of our lives that need work.  At the best of times Saturn will try to put the kibosh on impulsive behavior, and Saturn retrograde periods are important times to take responsibility and face the hard realities that may be present in our lives.

With both Mars and Saturn retrograde we will likely find it more difficult to begin anything new.  While Mars generally initiates activity, when retrograde he looks backwards towards the past.  “I wish I had done something else” will likely be a common complaint.

Where Mars is conflicting with the outer planets, though, Saturn is harmonizing with the power of transformation symbolized by Uranus and Pluto. The energy now is focused on cleaning up commitments and strengthening responsibility.  This can cause a great deal of frustration because instead of two steps forward and one step back, we are just walking backwards for some time.  But you can find comfort in the fact that this rearward focus will help you to build the strength and resilience that will be required when the call for change of the April planetary events begins to blare through our consciousness.

Still – with Mars not finding its full expression in the polite sign of Libra, and Saturn creating restrictions and delays, a great deal of frustration may build up if we don’t find a vehicle to express this frustration productively.  Developing better communication skills, holding meetings where our opinions can be openly aired, and of course finding a physical outlet for this energy through exercise, dance, sports, and other Martian activities – all of these solutions will be very helpful in navigating the next few months.