Dear friends, I am hoping to get back on a more or less regular writing schedule and as always appreciate your patience.  I’m also going to try something new, which is to keep the planetary information simple but include the astrological details at the bottom of the post.  I hope that this will help those of you new to astrology, which is most of my readership, while still giving the experts the information they need.

On to today’s news!   First of all, Pluto is shining a laser beam right now that will continue throughout the months of September and October.  Pluto is the Lord of the Underworld of the Psyche, and when its influence is powerful as it is right now there is a tendency for the dark underbelly of the collective psyche to be revealed.

If like me Pluto is activating your personal chart, you are likely to experience a higher level of intensity and confrontation than usual as Pluto works to strip away our false selves to reveal the Truth that lies beneath over the next few months. 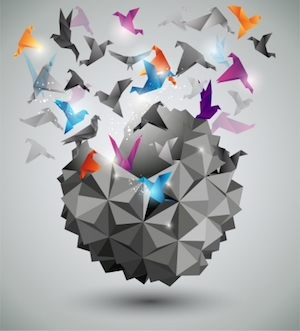 The other big piece of astrological news is the deconstruction and pressure for radical change that is the dance between Jupiter and Uranus.  Both of these planets seek change and liberation, but in this cycle they are in a challenging aspect to each other which can be somewhat destabilizing as part of us yearns for change, yet change is occurring in a manner that is unexpected and perhaps undesired.

Under this influence change can be uncomfortable for many of us.  It’s not unusual to be unhappy with an aspect of our lives yet be unwilling or afraid to create the upheaval required to make a change.  A planetary aspect like this can motivate and inspire us to let go a little bit and let that magic happen!

Geeky astrological details: Pluto turns  direct on September 28th and is stationary throughout September and October. The opposition between Jupiter in Libra and Uranus in Aries which began in December 2016 and went through its second phase in March also culminates on September 28th.

If you like what you’re reading, consider signing up for Lynn’s Planetary Illuminations report – a free monthly report on planetary activity and how it affects our inner and outer worlds.  Use the link in the sidebar to subscribe!