Pluto and the conspiracy of hate

Pluto and the conspiracy of hate 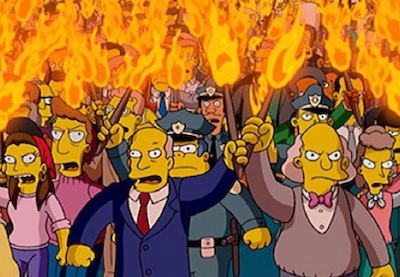 I try to stay out of the mud on the internet, which isn’t easy to do when you have a very public blog.  But yesterday I listened to a podcast on This American Life that really disturbed me, about the conspiracy theories surrounding the Sandy Hook shooting and the abuse of the parents who lost children in that devastating event.  Here’s the link to the podcast if you want to listen, and here is the transcript if you just want to browse.

I have to reveal before I go any further that I am a conspiracy minded person.  I believe that there was advance knowledge of 9-11. I was an early adopter of the Kennedy assassination conspiracy theories, way back in the 1980s.  I believe that they are hiding something at Area 51.  I don’t get flu shots and while not anti-vax, I believe that information about vaccine safety is being withheld by the public.  Lots of conspiracy theories that were considered fringe elements at one time have turned out to be true, which makes it difficult to rationalize a lack of suspicion.  Cigarettes really do kill you, and manufacturers really did suppress information.  MK Ultra really did do mind control experiments on unsuspecting Americans.

But the problem with the rabbit hole of conspiracy is that once you go down it, it’s hard to know where the truth is.  When you don’t trust anything you read or hear, everything is suspect.

The abuse that has been piled on the parents of children who have died in school shootings, as well as the survivors of those shootings (such as “the sliming of David Hogg and Emma Gonzalez” from the Parkland shooting) is to me indicative of the dark underbelly of the American consciousness that has emerged since Pluto began activating the US chart.

In Roman mythology, Pluto was the god of the Underworld.  He represented death and the bargains we make to avoid it, as well as the treasures that lie beneath the earth.  Under Pluto’s symbolism, we face the destruction of things that belong in the past, and learn to rebuild a new future and transform our lives.  Transits of Pluto to the natal chart can bring up old or repressed memories, and disturbing images from the past.  Pluto is intense and dramatic, and acts ruthlessly to clean out the psychic trash from our subconscious.  Under the influence of Pluto we often have to face darkness and despair before we re-emerge into the light.

It’s hard to imagine anything more dark than targeting parents who have lost children to violence and issuing death threats against them, accusing them of being “crisis actors” and fabricating the shooting and the death of their children. The father of one of those children took his own life recently, and evidence has emerged that officials with the National Rifle Association are helping to drive these conspiracy theories.  I have written about the connection between guns and the US chart (most recently in 2017 – updating this article is not something I have the stomach for).

One of the lessons of this podcast is that you can’t fight these conspiracy trolls with hate, and you can’t beat them at their own game.  In fact, the more you win the stronger the conspiracy becomes. The subject of the podcast, a father of one of the students killed in Newtown, successfully won a bid to take down images of his son based on copyright infringement laws, only to find that this inflamed the conspiracies rather than lessen them.  He tried joining Facebook group to put a face on the “crisis actor” theory, but that didn’t work.  In the end the only people who came to him after changing their minds, made that change on their own and not through any effort on his part.  You can’t do battle with hatred, it seems.

Pluto has been activating the US chart for quite some time, but we are just at the beginnings of the US Pluto return – the event where transiting Pluto returns to its degree occupied in the US chart.  Pluto won’t reach the exact degree until 2021, but it is within orb of the alignment now. The intensity of the event will peak in 2021 and 2022.

Pluto has the power to create dramatic transformation in positive ways.  In an ideal world, the suspicion and hatred that emerges under Pluto could be faced with reason and understanding, diffusing the hate and spreading consciousness and awareness and a new effort towards collaboration.  What I hope for under this Pluto influence is that as we see the dark underside of the American experience emerge in all its horrific glory, we decide in greater numbers to  join forces in that effort to combat hate with love and defuse anger with understanding.

In the meantime though, we are in for a bumpy ride.