Pluto and the Galactic Center through History

Pluto and the Galactic Center through History 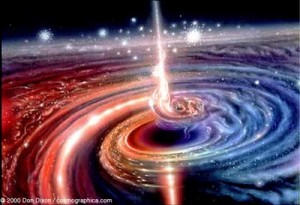 In the early 1990s as Uranus (unusual ideas) and Neptune (mysticism and confusion) conjoined, there was a surge of interest in New Age subjects. One of these had to do with a belt of photons being emitted from the center of the Galaxy. The Galactic Center was just discovered in the late 1960s, and the explosion of channeling (Neptune) from other dimensions (Uranus) that heralded the dawn of the Uranus/Neptune conjunction brought some wild ideas into mass consciousness regarding a galactic wave of consciousness that originated in the Pleiades which is actually in the Taurus constellation rather than the Galactic Center in Sagittarius. This is an example of the distortion that occurred under that transit as the actual information being transmitted from higher dimensions (Uranus) became confused and deluded (Neptune).

Pluto deals with the destruction of that which no longer serves us so that we can move forward in our evolutionary journey, and we would expect a conjunction with the center of our galaxy to be a course correction on a planetary level. It is unlikely that this will come as an immediate wave of advanced consciousness or significant events as many people are prophesying; it is more likely to be a shift deep in the core of our awareness that brings about a more groundbreaking change of direction on the planetary level.

We can get an idea of what to expect by looking back through history at other periods where Pluto was conjunct the G.C., and Robert Wilkinson has done the calculations for us. From looking at the historical record there’s no consistency of major historical events; it appears that this conjunction event could open up a doorway to major power shifts through what appear to be relatively minor events.

The conjunction of Pluto to the G.C. that took place in 470-468 b.c.e. at 23 degrees Scorpio witnessed the end of the Persian wars in Greece and the beginning of the Golden Age of Pericles that witnessed the introduction of democracy and a court system similar to the one we use today (when Pluto went into Sagittarius, the sign of shared ideals). We would expect Pluto in its own sign of Scorpio to bring about endings and the death of the old order, and historians speculate that if the Greeks had not prevailed against the Persians western civilization as we know it may never have occurred.

The next conjunction occurred at 26 Scorpio at 223-220 b.c.e., at which time the Qin dynasty united seven kingdoms in China for the first time, and established the first Imperial Dynasty in Chinese history. Although this dynasty lasted only 37 years, the imperial system put in place continued for over 2,000 years.

The conjunction at 30 Scorpio in 25-28 c.e. may have coincided with the death of Jesus of Nazareth (the exact date of his death is highly debated, but many astronomers believe that Jesus was actually born 4 b.c.e. when a comet may have appeared as the Star of Bethlehem.

I couldn’t find much of note for the period from 271-273 c.e. other than an increase in invasions of the Roman Empire that set the stage for its division shortly thereafter. The emperor Constantine was born in 270, and it could be argued that had the Roman Empire not been divided during this Pluto/G.C. period Constantine could not have utilized the new Christian religion to unite the Empire one last time.

The next conjunction was in 519-522 at 6 Sagittarius, coinciding with the end of a schism in the Roman church between the Eastern and Western branches over whether or not Christ had a dual nature (human/divine) or was purely divine, a theological argument (Sagittarius). However, this unity was to be short-lived and resulted in a later split for political reasons. This period also witnessed the founding of an independent Jewish state in Babylon. Shortly after the conjunction Justinian compiled the Corpus Jurus Civilis, a fundamental text in jurisprudence (Sagittarius rules bodies of shared ideas, encompassing law as well as theology).

767-770 c.e., at 11 Sagittarius, witnessed the founding of Baghdad by King Khalif Abbasid Al Mansoor who established a center for learning there (Sagittarius rules higher education). Ancient Hindu and Persian texts on astronomy and mathematics were translated into Arabic and collected for the benefit of scholars there. This period also marked the beginning of the Charlemagne period. Charlemagne was King of the Franks who conquered Italy and was crowned by Pope Leo III. His rule defined the Middle Ages and marked the first rule of a united Europe since the fall of the Roman Empire. This period also coincided with the mass conversion to Judaism of the Khazar Empire which began in the noble classes and seems to have spread to the masses by the mid 800s, the likely source of the Ashkenazic Jews of Eastern European descent.

Next came the conjunction in 1015-1017 at 15 Sag, at which time the Muslim caliph Al-Hakim bi-Amr Allah destroyed Constantine’s Church of the Holy Sepulchre. The reaction to this event in Europe was extreme, and likely was a precipitating cause for the Crusades.

In 1262-1264 AD Pluto was conjunct the G.C. at about 19 Sagittarius. This period coincides with the escalation of the Spanish Inquisition and the beginnings of the Inquisition in Rome, as well as the first parliament in England after the Baron’s War captured the then King Henry III (he ultimately prevailed in a later battle. During this period anti-Jewish riots in Germany and Vienna precipitated the repression of Jews in those countries.

1510-1512, with Pluto conjunct the G.C. at 23 Sag, marked the acceleration of the Spanish gold trade in the new world (Sag rules exploration and adventure). Machiavelli wrote his landmark work The Prince, a treatise on gaining and maintaining power. Copernicus discovered that the earth revolved around the Sun. Martin Luther preached against papal indulgences that offered salvation for a cost in gold, beginning what was to become the Protestant Reformation. Shi’ism became the state religion in Persia, now called Iran. The Medicis regained the Italian throne and the Roman papacy as well.

The last conjunction before the present day occurred in 1758-1760 at 24 Sagittarius. Copernicus’s treatise on his discovery was removed from the papal list of forbidden books where it was placed in 1610. The Seven Years War, arguably the first World War, began. This war marked the end of France’s power in the New World and the emergence of Britain as the great Colonial power, changing the course of history. Also, 1758 saw the publication of the first treatise on the Atomic Theory, termed one of the most important theories in the history of science.

Pluto works slowly and is rarely the harbinger of a single dramatic event. Pluto transits
to our personal charts can take years to develop. We know very little of the Galactic Center and its astrological functions, but it appears that it may anchor us into the heart of the Galaxy and offer instructions for the role of our planet in the evolution of the Universe. As we have seen, the shifting cycles of human evolution through Pluto has not always been smooth or blissful; it has been fraught with war and destruction. As human beings we have a dual role: that of individual persons on an individual path to knowledge and awareness, but also as links in a chain of human consciousness that evolves over time.Sources: Wikipedia, Timelines of History.