Pluto changes direction today, September 11, and Astrology in my world

Pluto changes direction today, September 11, and Astrology in my world 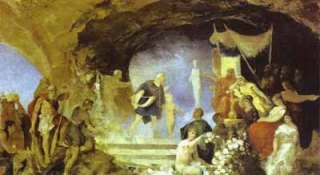 Today is the anniversary of the September 11 attacks, but it’s also the day that Pluto changes direction.  Planets don’t really move backwards, but they appear to do so because we observe their motions from our vantage point here on earth.  When they do, we call that “retrograde motion” and Pluto has been retrograde since early April of this year.

Pluto was the god of the Underworld, and he takes that role astrologically as well.  He brings us into the realm of the subconscious, the dark and frightening, the secret rage and desire and shadowy obsessions that lurk beneath the Sun of the conscious Self.  But Pluto has another role as well: aligning our intentions and our Will with our higher self.  He is a god, after all.

Our fear of Pluto correlates with our concept of the Underworld.  Some writers call Pluto the “Lord of Hell.”  But the Underworld that Pluto presided over was not a hellish place.  The dead and the living commingled there and communicated with each other.  In addition, Pluto had another role in Roman mythology – he was also the god of wealth that came in the form of gold, silver, and other treasures that were mined from beneath the surface of the Earth.  So we have a correlation here of gifts and divine treasures that are provided by Pluto when we have the courage to enter the Underworld.

Pluto transits can be hell, and they can also be divine experiences of the empowerment of the soul.  For at its core, Pluto is the god of ultimate Power.  Where Mars rules war, Pluto rules nuclear war.  But while Pluto’s power is destructive, it is also the power of the Soul to transform us in an alchemical process that burns off anything which is holding us back so that we can begin anew.

I won’t repeat the astrology of the September 11 attacks here, you can read about that in my earlier article.  Suffice it to say, though, that Pluto was exactly conjunct the Ascendant of the US astrological chart, signifying a total transformation (Pluto) of the identity of the nation (Ascendant).  Geeky astrological detail:  I use the Sagittarius rising “Sibley” chart for the US and it is certainly supported by the astrology of September 11. Pluto was also in opposition formation to Saturn at the time and a faceoff between the Lord of Karma (Saturn) and the Lord of Death (Pluto) is rarely pleasant.

When Pluto travels retrograde, which it does every year along with the other two outer planets Uranus and Neptune, it can be difficult to get things moving.  Retrograde planets turn our attention backwards – it’s more about going over old ground than starting something new.  Now that Pluto will be heading in the right direction again we are likely to start seeing some progress both in our personal lives and in the structures of government that have been affected so greatly by Pluto’s shift into Capricorn.

For me personally this station of Pluto (as Pluto prepares to turn direct it slows down to a crawl and almost stops)  has been particularly intense because it is sitting right on my Capricorn Mars.  I wrote about this last spring when Pluto made its second of what was to be a total of four hits to my Mars.  During the third phase, I ended up in the emergency room in Sedona with severe abdominal pain (Mars is tied to the solar plexus and Pluto was rooting out a lot of old issues).  But I also got the Beliefnet gig at that time which has expanded my reach and visibility, empowering me in my work.  This is what Pluto really wants – to empower us at the highest level.

I confess I looked forward to this Pluto station at zero degrees, exactly on my Mars, with trepidation. I planned a light client week and plenty of time at home for yoga and meditation.  But apart from experiencing a deep and intense energy that is keeping me awake, I haven’t experienced any life challenges or physical problems so I suspect I’m in the clear now.

Which leads me to my final point, which is that planetary transits do not always bring about the same result which is why we can’t predict the future with any specificity.  The experience of the final phase of a transit cycle depends upon what happens in the first phases, and how well we are integrating the experience of that planet.  Pluto wants us to be empowered and fully connected to our higher self.  If we’re not, we might get creamed.  If we’re holding back from expressing our power fully, or locked in fear (which we hold in our solar plexus), then like me last summer, we may end up in the emergency room with abdominal pain.

I’ll end this rather long post with my favorite Pluto comparison.  Years ago when I lived in Colorado we used to go tubing in the white water creeks.  I am not good at surrendering now and I was even worse then, so when the fast-moving water started carrying me in the tube I reached out to try to hold onto the brush that lined the bank of the creek.  I soon realized that every time I tried to hold on I would get smashed against the rocks, but if I just let go the current of the creek took me through the path of least resistance and I had a marvelous time. Pluto transits are exactly like this.  There’s no way to control them, we can only relax and enjoy the ride and trust that we are being carried in exactly the right direction for our ultimate soul path.