Pluto in Capricorn: Betting on Death

Pluto in Capricorn: Betting on Death 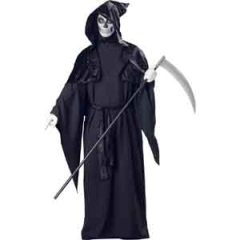 So now the folks who brought us the securitization of the bloating of the American Dream under the relentless optimism of Pluto in Sagittarius have come up with a brilliant idea to take advantage of the focus on death and dying that is likely to arise with Pluto in Capricorn: the securitization of life insurance policies of the ill and elderly.

Capricorn is ruled by Saturn who, prior to Pluto’s discovery, was the ruler of death.  Pluto, lord of the Underworld, now rules the actual process and experience of death and new beginnings, but Saturn in his role as Lord of Time is still boss of the aging process and the fact that life is limited.

According to the New York Times this weekend, Wall Street investment banks plan to buy “life settlements” of life insurance policies held by the elderly or seriously ill.  Then these policies will be packaged into bonds and sold to investors who will receive payouts when the policy holders die.  The sooner the policyholder dies, the bigger the return to the investor.

Hedge funds and investment banks started buying up life insurance policies back in the 1990s, including a company called Dignity Partners which is now defunct.  What would be different now is the bundling of the policies into securities which results in bigger fees to the companies that administer them.

Just proving, that we have a way to go before the lessons of Pluto in Capricorn are learned and the greed to profit from the misfortune of others is eradicated.