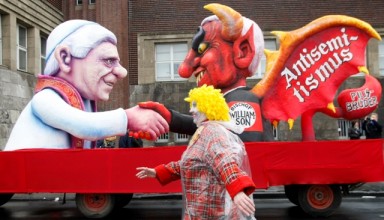 DR also reminds us that, as I wrote in my own article on Pluto in Capricorn, the rebellion of Martin Luther against the Roman Church occurred back in 1517 when Pluto was in Capricorn. Pluto has a tendency to destroy the structures that are rotted and decaying so that they can be rebuilt, but humans aren’t always the smartest of creatures. The Church didn’t exactly fall in 1517, and the Protestant Reformation that followed was a bloody mess.

Today’s world is a different world entirely. It’s a world where instead of four religions there are over twenty major religions, with thousands of minor sects and cults. Whether the pope and the Catholic Church will survive the pedophilia scandal is a topic of current debate, but we might also ask if the Catholic Church will survive this round of Pluto through Capricorn.