Pluto in Capricorn: Rebuilding Corporations from the Ground Up

Pluto in Capricorn: Rebuilding Corporations from the Ground Up 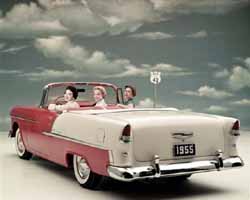 One reason it’s impossible to offer accurate predictions using astrology is that the planets don’t influence us in any kind of uniform manner.  One person’s Pluto transit to Mars will be very different from that of another person.  Pluto is like a heat-seeking missile: it looks for areas in our lives that aren’t working, and nukes them.  If everything is working properly we instead see the best of Pluto: an intense infusion of empowerment that helps us to become strong and better able to transform our lives.  Pluto is like a tornado that whips through a community and destroys flimsy mobile homes but leaves more solid structures intact.

As Pluto travels through Capricorn until 2023, it will be destroying and rebuilding certain parts of the world governments, banking systems, and corporations that fall under the Capricorn domain, and this is why the current US Treasury plan of throwing billions of dollars at crumbling financial institutions and corporations like General Motors will not work.  This is not to say that the government should just allow the delicate economic web to fail, but using a trategy from the soon to be defunct Pluto in Sagittarius era such as hoping for the return to increased optimism and confidence (Sagittarian traits) by pumping lots of cash into bad companies will no longer work under the seriousness of Capricorn, which is more concerned with function than image.

General Motors, the leader of the US car industry, is a good example of an effect of the shift from Pluto in Sagittarius to Capricorn.  Under Pluto in Sagittarius, GM drank the Sagittarian kool-aid that bigger is better, and what goes up will never come down and its Hummer line is a great example of that principle.  America’s love for SUVs disappeared last summer when gas hit $4 a gallon, and GM was left without a Plan B and with a much lower budget for research and development than other car companies.

As we shift into Pluto in Capricorn, we all must look at every aspect of our lives to see where we must be more practical and more effective.  This is a much-needed process that will correct and adjust anything that has gone out of whack.  The Sagittarian era was a wonderful period that demonstrated that we do create our own reality with our optimism, but now we must add a practical component.  It’s important not to throw out the optimism baby with the Sagittarian bath, because our ability to create and manifest our intentions has not changed.  We simply must be practical and add the Capricornian ideals of hard work and discipline into the mix.

And so will General Motors.  Just giving the company a bailout to continue its ineffective practices will not save GM and the intricate economic web that surrounds it.  The company must be restructured from the ground up and forced to deal with current economic realities.  MSN’s Jim Jubak seems to understand this:

Can General Motors (GM, news, msgs) be saved? I sure hope so. Certainly, as I argued in my last column, “Globalization isn’t what’s killing GM,” incompetent management and intransigent unions have played a big role in bringing the company to its knees. And I’m convinced that current turnaround plans that rely almost exclusively on cost-cutting and layoffs won’t work.

But the challenge that has pushed General Motors to the brink of bankruptcy isn’t unique to the car maker. Just about every one of the former gems of the U.S. industrial economy faces this same challenge. As I wrote in my last column, in a world where Northwest Airlines (NWACQ, news, msgs) can outsource its flight attendants, the hope that we in the U.S. can ride out the storm by hiding in the service economy is an empty illusion. …

Jubak suggests that General Motors would be better off following the example of Dell Computing, “Build your company around one or two functions — and do those better than anybody else in the world — and then build a logistical system that will let you buy the best quality product in the world (for your price point) at the lowest possible cost.”  Read the whole article here.

The problem with Jubak’s model and really, the model for all of the successful mega- corporations in the world today is that it depends on outsourcing and cutting compensation packages in order to remain competitive.  But I suspect that the days when a megalithic US corporation can succeed while retaining well-paid American workers with full pension systems is over.  Smaller companies that can adapt more quickly to changing economic realities will always be able to run a profitable and successful operation and still take care of their employees.  But we are living in a different world now, and corporations will have to adapt to this new world or fail in the process.

Handing a big bag of cash to General Motors will not save it unless that bag of cash comes with an army of advisers who can bring the company into the 21st century and the Capricornian era.