Pluto in Sagittarius and Xenophobia

Pluto in Sagittarius and Xenophobia 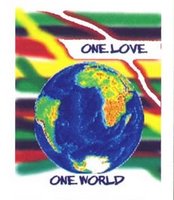 This is part of a larger article that I’m working on about Pluto’s journey through Sagittarius and the global (Sag) transformation (Pluto) that has taken place since 1995 when Pluto entered Sagittarius. Pluto brings upheaval and crisis, and in Sagittarius it has deeply affected areas ruled by Sagittarius such as travel by air, foreign cultures, and religious ideology.

During the early years of Pluto in Sagittarius, we saw the more harmonious aspects of this cycle: the spread and easy availability of “world music” from all over the globe; international trade agreement and the organization of the European Union which was to create a more unified government. As Pluto settled into Sag it started to create one crisis after another (Pluto creates periods of crisis in order to facilitate transformation, and if we don’t go willingly we are led kicking and screaming.) The EU began to break down, the Islamist revolution took hold after 9-11, and the immigration crisis began to erupt.

Since 1995 we have seen a dramatic increase in the intensity of cultural identification, which has been behind the eruption of Islamic terrorism in the western world. Religious zealotry has also become more pronounced during this period, causing divisions within Christian groups in the US as well as in Muslim cultures. Sunnis and Shias, the Religious Right and the Secular Left – this cultural identification has driven a wedge into society and created a great deal of conflict.

Pluto in Sagittarius has also brought a new influx of xenophobia, fear (Pluto) of other cultures (Sagittarius). In the US as well as across Europe, immigrants have been tolerated over the past 50 years as minorities without power. Under Pluto in Sagittarius, these cultural minorities are taking to the streets and taking that power. We are seeing this with the Hispanic immigrants in the US, in France with North African Muslims, in Germany with Turkish migrants and in Britain with Muslims of Pakistani descent. Europe is finding itself desperately in need of skilled workers, and these workers are coming from non-European cultures while many Europeans who lack modern skills find themselves unemployed and resentful of the newcomers. In many European countries, foreigners can enter the country to work but can never be citizens, which has created a twilight zone of second generation immigrations who have no ties to their old country but don’t fit into their new one. Assimilation has not come easily, and previously homogeneous countries in Europe are finding it difficult to cope with a burgeoning population with differing cultural values.

As more and more people feel that their way of life is threatened, there will be more and more of a backlash. Xenophobia and fundamentalism often walk hand in hand. The world is getting smaller and smaller as the population increases, and we will need to learn to live together. When Pluto leaves Sagittarius in 2007 it will enter the sign of Capricorn where it will begin to break down the structures of our governments and religions, all barriers that create illusory separation and keeps us from realizing that we truly are one people, living in one world.