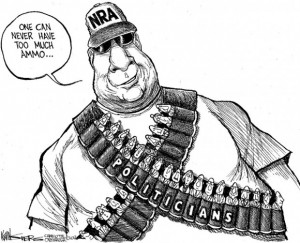 One of the things I have used this blog for is to profile the psychology of criminals from an astrological viewpoint.  In the past there were one or two mass shootings in a year that warranted an attempt to try to understand what goes on in the human  mind to inspire such horrific behavior.  In 2015, with more mass shootings than days, this task has become impossible.

Back in June when a screwed up teenager shot up a church in Charleston I wrote “The real tragedy is that these events are becoming so commonplace that there is barely time to profile so many criminals and murderers, and at this point it becomes evident that the illness is not just in the individual, but also in the society that feeds the illness of the individual and causes it to erupt into the collective conscious experience.”

Also from that article,

Between 2000 and 2006 there were 6.4 mass shootings a year.  Between 2007 and 2013 that number jumped to 16.4 mass shootings a year.  Mother Jones magazine has posted a comprehensive list of mass shootings in the US and you can see that in the 1980s there were one or two mass killings a year.  Shootings began to increase in the 1990s to two to three a year, and then we see a drastic increase to five in 1999, the year of the Columbine shootings.  During this time transiting Pluto was crossing the ascendant of the astrological chart for the United States and doing its job of bringing out the darkness of the collective unconscious.

Back in March 2014 transiting Pluto, the planet of destruction and regeneration,  began to form a stressful opposition to the Sun in the US (Sibley) astrological chart, an aspect cycle which is just now finishing.  Pluto doesn’t CAUSE violent behavior, but it will bring out any darkness in the subconscious that is preventing the light from entering, and in this case there is a darkness in American culture that is seeping through the carefully crafted image of “American Exceptionalism.”

Uranus has been in Aries since 2011 and will continue traversing the sign of individuality and warfare until 2017.  Inspiring radical behavior and individuality, in Aries Uranus glorifies the rebellious act of the individual.  Before Uranus entered Aries I predicted that rather than nations battling nations, war would be fought by individual cells or clusters of individuals and this is exactly what we are seeing globally.  It doesn’t help that this warfare of individuals (Uranus in Aries) is in a challenging square to Pluto in Capricorn, overseeing the destruction and rebuilding (Pluto) of the structures that creates a solid foundation for global society (Capricorn).

The last time Uranus was in Aries was between 1927 and 1934 and during that time Uranus was also squaring Pluto, in Cancer (security and tribal/national affiliation) at the time.  During this period the Great Depression caused the breakdown of security systems and oversaw the rise of Adolf Hitler in Germany.

In any event, the Plutonian darkness that emerges in the national psyche of the US will require the Plutonian process of regeneration from the inside out to repair.   As long as it is easier for a mentally ill individual to buy assault weapons and enough ammunition to kill thousands of people than it is to obtain treatment or find a valued place in our society, and in a gun-crazed climate where even known terrorists on the no-fly list can easily purchase enough firepower to blow up a community, these events are likely to continue.