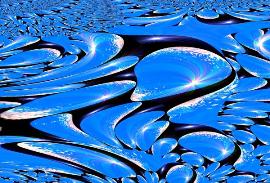 For several weeks it there have been reports of reporters such as this one from Mother Jones being  prevented from fully covering the disaster in the Gulf, but it wasn’t until now, with Pluto locked in a nearly exact square to Jupiter, that this oppression (Pluto) of the media (Jupiter) has hit the mainstream news.

Journalists struggling to document the impact of the oil rig explosion have repeatedly found themselves turned away from public areas affected by the spill, and not only by BP and its contractors, but by local law enforcement, the Coast Guard and government officials.

To some critics of the response effort by BP and the government, instances of news media being kept at bay are just another example of a broader problem of officials’ filtering what images of the spill the public sees.

Scientists, too, have complained about the trickle of information that has emerged from BP and government sources. Three weeks passed, for instance, from the time the Deepwater Horizon oil rig exploded on April 20 and the first images of oil gushing from an underwater pipe were released by BP.

Pluto is currently traveling through Capricorn, and under this combination the boundaries of power (Pluto) of the established governmental and corporate entities (Capricorn) are being tested.  These planets, along with Uranus and Saturn, are all in challenging aspects to the Midheaven in the chart of the United States which represents the standing of the country and its mission in the world.  With Sagittarius rising, the US tends to be ruggedly optimistic and reluctant to admit to its failures.

Pluto in Jupiter can work both ways – Pluto can be repressive and create breakdowns, but Jupiter’s expansive confidence can open up doorways to greater wisdom.  Let’s hope the latter influence prevails in this situation.