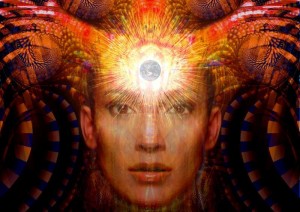 If you feel as though your life has intensified over the past week, you are not alone.  If you open up a newspaper you will see that all over the world conflict is heating up as old failing systems begin to break down so that new paradigms can take their place. It is 2012 after all!

This is what the Uranus/Pluto cycle is all about.  Pluto tears down old and outmoded structures that are no longer working, and this is especially true when Pluto is in Capricorn as it is now.  Capricorn is the sign of the power structures, and ever since Pluto entered Capricorn in 2008 we have seen a shift in the way we look at how power is held by organizations and individuals.  Uranus, on the other hand, is about authenticity and liberation – radical change that shakes us to our very bones.  Uranus is in Aries, the sign of the individual and the warrior.  It is no wonder we are seeing the balance of power shift from the Superpower era to an era of small splinter groups that rule through intimidation and warfare.

Pluto turns direct on the 18th, meaning it will change direction after a retrograde turn that has lasted since April.  Planets don’t really orbit backwards, but because we observe the movement of the planets from our own perspective they sometimes appear to do so.  Outer planet represent transformational forces and when retrograde they tend to operate primarily on an internal level, and when Pluto turns direct (to appear to move forward again) there is a sense that the buildup of tension is released along with the transformative force that is pushing from behind.

Pluto turns direct just one day before the second exact alignment of Uranus and Pluto in a 90 degree (square) aspect of conflict and challenge, which means that pressure for change and evolution is extremely strong.  On a personal level the stories of our lives are being completely rewritten, and this necessitates a letting go but also a visionary approach to the magic and mystery of our lives.

When we are dealing with this kind of power and majesty there is a certain amount of surrender that is required.  But at the same time we are the co-creators of our destiny, and we must always remain aware of the fact that every moment brings us the choice whether or not to step into a conscious future.