Reform: “to convert into another and better form”

Reform: “to convert into another and better form” 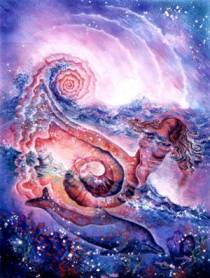 Kathryn Cassidy tweeted yesterday: “The word ‘Reform’ is everywhere. It strongly correlates to the current Saturn/Uranus opposition as do the words Rebellion and Revolution.”

She’s right about calls for reform being heard everywhere.  In the US we’ve had healthcare reform, but also financial reform, immigration reform.  Now, with the disaster in the Gulf, the new mayor of New Orleans has called for reform and restructuring of the city’s police department.  An independent think tank in Britain has called for reform to police departments in the UK.   Protesters everywhere are marching for reform of marijuana laws.  In Greece, pensions and tax collections are part of a greater overhaul to help reform that country’s failing economy.

Some of this more immediate focus on reform is due to the current Mercury retrograde cycle which tends to cause us to look backwards rather than forwards.  But there are several planetary cycles along with the Saturn/Uranus cycle that are providing this impetus for reform.  One of course is the larger cycle of Pluto (transformation) in Capricorn (structures, including banks and governments).

The conflict between Saturn and Uranus makes reform more difficult, because the restriction and delays of Saturn keeps the Uranian innovation from occurring freely.  This will change in a few weeks when Jupiter and  Uranus enter Aries and the calls for reform become louder and more clear.

The need for reform isn’t limited to governments and banks – it also affects our personal lives.  There is a tremendous amount of energy available to us personally as well.  How do we want to reform our own lives so that we can convert what we’re doing into another and better form?