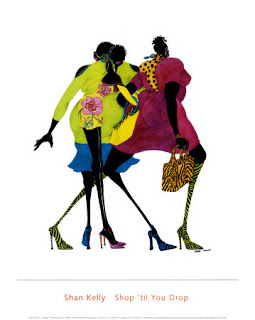 The report offered persuasive signs that the combined stress from costlier fuel and falling housing prices were turning consumers cautious – spending on building materials took the biggest tumble in more than four years and new-car sales fell by the largest amount since mid-2006.

Excluding automobiles that account for 20 percent of total retail business, sales were flat in April but that was following a 1.1 percent March increase.

The sales figures came in much weaker than Wall Street economists had forecast and will reinforce worry that consumers will have difficulty sustaining their spending punch that fuels two-thirds of national economic activity.

Total retail sales had been forecast to rise 0.4 percent, instead of decline, and sales excluding automobiles also had been predicted to gain 0.4 percent rather than being flat.

The 0.2 percent April sales drop contrasted with a 1 percent March gain. It was the first outright drop in monthly sales since last September when they fell 0.6 percent although total sales were flat in both January and last October.

The drop in retail sales corresponds precisely with the retrograde turn of both Jupiter and Pluto, both of which are in Sagittarius where they are irrationally and exuberantly expanding consumer confidence beyond all reason. In addition, Saturn has been trine Jupiter which adds a steadying hand to the profligate indulgence that Jupiter tends toward if we’re not careful. Add to this the square from Jupiter to Uranus which brings surprising changes, a reversal is not all that unexpected.

I would expect this contraction to remain until the Saturn/Neptune opposition completes in June, and then when Jupiter turns direct in early August we are likely to have a final fervor of consumer confidence lasting perhaps until September when Saturn enters the cautious and security-minded sign of Virgo.

In October the final square from Jupiter to Uranus that could bring another reversal, not unexpected since October tends to be a difficult month for financial markets in any case.