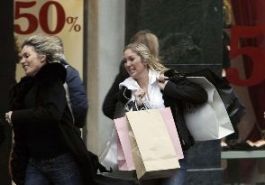 When the outer planets appear to change direction from our perspective here on earth, we call that “retrograde.”  Jupiter, Chiron, Neptune, and Pluto are all retrograde now, and Uranus will turn retrograde tomorrow.

A report on consumer confidence in the US that is out today reveals that confidence of the average consumer dropped in May, driven largely by job fears.  Saturn changed direction in May – it had been retrograde since December of 2008.  In mid-May Saturn slowed down to a crawl in preparation for its retrograde turn, adding a reality check to the thrill ride of the conjunction of Jupiter to Neptune that was moving into position back in April.  The combination of Jupiter and Neptune can take us into Never-Neverland, the very place the Saturn seeks to keep us away from.

I was anticipating a significant reversal in the stock market when Uranus turned retrograde but I wasn’t sure which direction we would head in.  It appears that we might be headed into the negative territory in light of today’s news and the fact that Mercury is square to Saturn right now where there is a tendency for the mind (Mercury) to follow the negative course (Saturn).  It’s a good time to sit tight and not make any radical or sudden decisions until it’s obvious that the course is clear.