Revisited: China, the Face of Pluto in Capricorn

Revisited: China, the Face of Pluto in Capricorn 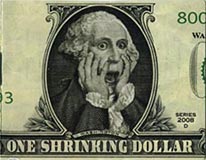 Nearly two years ago, when Pluto had first entered Capricorn, I wrote this post about the new balance of world power which will likely see China at its head:

Remember that Pluto rules over breakdown and destruction, followed by transformation. The elevation of Ceres to planet status has coincided with the eruption into mass consciousness of an acceptance (finally!!) of the need to protect the planet’s resources. Capricorn is concerned with matters of business, factories, governments, anywhere things are made and commerce is conducted. The emergence of China as a world power, without the democracy that helps to put safeguards in place, is likely to be the focal point of the Pluto in Capricorn period. Already we are seeing the emergence of a deadly “people’s revolution” to protest the devastation of the environment there that is likely to come to a head with the upcoming square of Uranus in Aries to Pluto in Capricorn.

Pluto is just finishing a square to the Midheaven in the (Sibley) chart of the United States, signifying a death and transformation in the position of the United States relative to the rest of the world.  In addition, Mars in the US progressed chart recently turned retrograde and there is more of a sense of looking back and repairing past errors than moving forward into new frontiers.

Now comes this interview with George Soros in the Financial Times, echoing what astrologers have been saying since Pluto entered Capricorn and began to require that corrupt and decaying structures be removed and transformed.  Soros says that the global economic system is broken and “needs to be reconstituted.”
Soros is also using the keywords that strike fear into the hearts of conspiracy theorists everywhere:  New World Order.

[Y]ou really need to bring China into the creation of a new world order, a financial world order. They are kind of reluctant members of the IMF. They play along, but they don’t make much of a contribution because it’s not their institution. Their share is not commensurate … their voting rights are not commensurate to their weight, so I think you need a new world order that China has to be part of the process of creating it and they have to buy in.

The concept of the New World Order is symbolic of the consolidation of power that can occur when Pluto travels through Capricorn, and one of the dangers of the next 13 years or so is that the threat of this concentration of power becomes a reality.  That will be more difficult when Uranus, the radical revolutionary, forms a square to Saturn and Pluto and threatens the foundations of these new powers but the overall trend towards consolidation will remain.

Soros reaffirms what I’ve been writing in these pages from an astrological point of view: that the economic downturn in the US is not over because the general economy is not healthy:

[A] decline in the value of the dollar is necessary in order compensate for the fact that the US economy will remain rather weak, will be a drag on the global economy. China will emerge as the motor replacing the US consumer and, of course, it’s a smaller motor because the Chinese economy is much smaller. So the world economy will have less of a motor, so it will move forward slower than it has in the last 25 years. But China will be the engine driving it forward and the US will be actually a drag that’s being pulled along through a gradual decline in the value of the dollar.

So it really is time to rebuild our own economic structures from the ground up and change the way we think about our finances and the life that we are living.  There is still plenty of room for optimism and for expansion and to realize our dreams, but we must now do it within a context of realistic expectations.  Focusing more on a vision of stability and security in our personal lives will help to lay the groundwork for similar realistic expectations for the US as a whole.