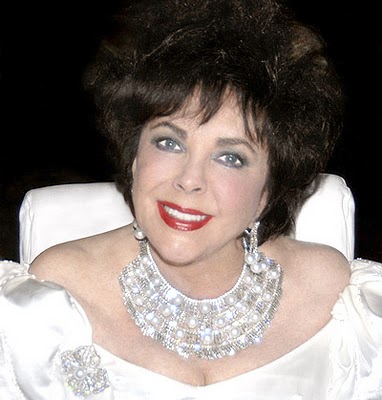 Elizabeth Taylor died yesterday after a long battle with congestive heart failure and a lifetime of health problems.  Although she had a long and successful film career her romantic life was plagued by scandal and divorce.  She was the best of friends to Michael Jackson and many in the gay community, and an earlier fighter in the battle against HIV.  She was a woman who was bigger than life in nearly every way.

Astrologically, Ms. Taylor (chart here)  had the Sun in Pisces and opposed by Neptune, a Neptunian “double whammy” since Pisces is ruled by Neptune, resulting in a dual connection between the Sun (the Self) and the Pisces/Neptune principle of transcendence and creativity.  It’s no wonder Ms. Taylor loved artists and musicians, and no wonder that she was blessed with so much creativity herself.

Ms. Taylor’s Sun was flanked in a triple conjunction by Mars and Mercury, and while Mars conjunct the Sun can often bestow a strong energy force, in Pisces that energy is dissipated. Mars is also opposed by Neptune, which doubles this dissipation of the life force and normally requires a great deal of physical activity to keep the Mars energy flowing and to strengthen the will that Mars is so much a part of.   The Sun/Mercury conjunction gave her a brilliant intelligence that was such a gift in her acting skills, and the location of all three planets in the third house of communication and Neptune in the ninth house of the media and entertainment industry perfectly reflects her long career.

Neptune is associated with glamour and shapeshifting, and is often found in the charts of successful actors as a result since that shapeshifting ability makes it easy to slip in and out of roles.  There is also a powerful romantic force when Neptune aspects the Sun, although it can be associated with delusion and illusion as well.  Neptune opposite Mars, especially in Pisces, often shows someone who surrenders reality for the sake of an illusion or romantic hope.

Ms. Taylor’s romantic life was complicated, and we see that she had a conjunction of Venus to Uranus – both elements that are symbolic of an intense need for freedom and individualism in one’s life and in one’s relationships.  With Venus in the fourth house of family and home, she would have craved a happy home life, but Uranus in a nearly exact conjunction to Venus demands space and separation and often brings about those separations in sudden and dramatic ways.

Complicating her emotional life was the fact that her Moon was in passionate and dramatic Scorpio, and it was opposed by Chiron, the planet of healing and wounding.  The Moon represents our inner child, and an opposition of Chiron to the Moon suggests painful experiences in childhood that instill wounds that take a lifetime or more to heal.  Ms. Taylor’s mother put her to work as an actor at the age of 3 and once she was in the Hollywood system of the time, at the age of 9, she lost her childhood and much of her life.

Jupiter was in Leo in her chart, a placement that tends towards recklessness but also a big and generous heart.  Jupiter square Chiron is often associated with accidents, and the Moon connection suggests that her many accidents were a subconscious route to the expression of her emotional wounds. Ms. Taylor’s health problems began at age 12 when she fell off a horse, and continued throughout her life.

At the time of her death the transiting North Node (describing the evolution of our personal destiny) formed an exact square to Ms. Taylor’s natal nodes, and transiting Mars activated the North Node in her progressed chart.  These nodal transits generally coincide with major shifts in our life path, and suggest that her work here on earth was finished, and that it was time for her to move on to her next assignment.

Elizabeth Taylor brought beauty and grace to everyone who knew her, and all of us who saw her on the screen as well.  Her passion and kindness is her lasting legacy and she will never be forgotten.