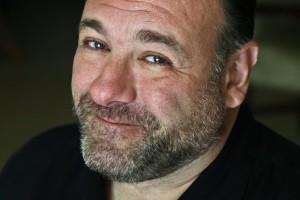 A birth certificate has just emerged for Edward Snowden, the NSA leaker, and I will be posting about that shortly.

photo credit: NY Times.  James Gandolfini died yesterday at the age of 51.  As an astrologer I am always drawn to the ages of people who are in the news:  51 (Chiron return), 29 (Saturn return), 41 (Uranus opposition), 62 (Uranus square).  The death of James Gandolfini at the age of 51 during his Chiron return is especially critical because Pluto opposed Chiron in his chart.

Chiron is the planet that governs the healing of energy blocks in the psycho-emotional system that take root in the body and create distress and disease.  Its route to healing is through release of emotional wounds that are denied and repressed so that they can be fully processed and digested.

Someone who has an aspect of Pluto to Chiron in their chart is doing what I call “soul surgery” during this lifetime.  Pluto, as god of the Underworld, takes us deep within the psyche to excavate the darkness that lies there so that Chiron can do its work of healing and bringing wisdom to the soul.

Gandolfini is suspected to have died of a heart attack although no details have yet been provided.  His astrological chart (born September 18, 1961, Westwood NJ, time unknown) shows that he has the Sun in Virgo and a retrograde Saturn.  Virgo is known to be the sign of the perfectionist, and when Saturn (the voice of self-doubt) is retrograde in the natal chart it tends to show someone who is particularly self-critical. Combined with the Pluto/Chiron opposition, this puts a lot of pressure on an individual to achieve and to make something of oneself in the world while dealing with emotional issues that can be somewhat crippling with Pluto/Chiron.

When he was 19 Gandolfini’s girlfriend at the time died in a car accident.  He said in an interview with GQ that in acting he attempts to “vomit my emotions out of me.”  Over the past couple of years transiting Chiron has been returning to its place in his birthchart as well as opposing his natal Pluto, likely dredging up old wounds to be processed.  Gandolfini has long been reputed to battle cocaine addiction and it is not unusual for someone doing “soul surgery” to seek pharmaceutical assistance to dull the pain and certainly cocaine has been demonstrated to cause negative health effects.

In any case, Gandolfini was a genius in the acting field and he will be greatly missed.