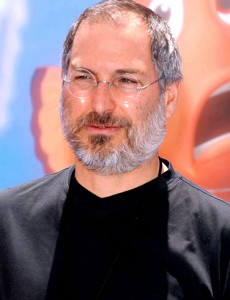 I have found that what I call “Mars problems” are very common in the charts of people with health problems.  When the aggressive instinct (which includes our ability to express our needs, to assert ourselves, and to express anger appropriately) is blocked, that fire energy is left without an appropriate outlet and often discharges within the body’s energy system, leading to a variety of health problems.

Since 2004 when Jobs first had a “neuroendocrine” tumor in the pancreas removed, he has had a series of planetary transits affecting this Mars complex in his chart.  First transiting Chiron (wounding and healing) ran across all of the planets in the complex beginning in June of 2003 (the tumor was discovered in October of that year).  Then Saturn (hardship and disappointment) in 2004 and 2005 (the tumor was removed in July of 2004 after a 9-month battle to find an alternative solution), accompanied by Uranus (radical and restless change) which transited the Ascendant and Sun in Jobs’s chart, stirring the emotional pot and creating the need to alter the status quo.  The combination of Uranus restlessness and Saturn restriction can evoke a frustration that implodes into the physical body if not properly expressed outwardly.

Mr. Jobs announced his retirement from Apple on August 24, 2011.  It’s interesting that at this time he had just had a Progressed New Moon, where the Sun and Moon conjoin in the progressed chart, a few weeks prior to the announcement.  Any New Moon configuration in the birthchart or progressed chart  is usually a dramatic period of renewal with a new focus.   In addition, transiting Pluto, planet of death and renewal, made a harmonious sextile to his natal Sun which likely served as an aid to the transition that was to come.

I find death charts very interesting because we rarely find what we expect.  We are accustomed to thinking of the more challenging aspects of Pluto and Saturn as the planets of death because they bring such dramatic and sometimes terrible experiences into our lives, but death is not always a terrible thing.  We often find Jupiter present in its role as the Great Liberator, and in Mr. Jobs’ chart we find several significant and harmonious planetary cycles.

On the day of Mr. Jobs’ death transiting Chiron, the planet that brings old wounds to the surface so that they can be healed and and released, was in an exact harmonious sextile to his progressed Sun, providing the ultimate release from pain and illness.  In addition, transiting Neptune (planet of creativity and spiritual transcendence) was in an exact harmonious trine to Neptune in the chart.  I hope that this powerful Neptunian influence aided Mr. Jobs in a “good death” – a transcendence from form into non-form with a minimum of fear and stress.

Mr. Jobs was not only an inspiring leader, but he evidently possessed a deep and rare wisdom.  I’d like to leave you with this quote that I used in a Sunday Inspiration post earlier this year:

“Remembering that I’ll be dead soon is the most important tool I’ve ever encountered to help me make the big choices in life. Because almost everything — all external expectations, all pride, all fear of embarrassment or failure – these things just fall away in the face of death, leaving only what is truly important. Remembering that you are going to die is the best way I know to avoid the trap of thinking you have something to lose. You are already naked. There is no reason not to follow your heart.”

“Your time is limited, so don’t waste it living someone else’s life. Don’t be trapped by dogma — which is living with the results of other people’s thinking. Don’t let the noise of others’ opinions drown out your own inner voice. And most important, have the courage to follow your heart and intuition. They somehow already know what you truly want to become. Everything else is secondary.”