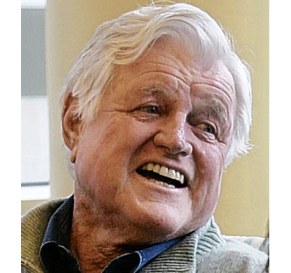 Ted Kennedy died last night of brain cancer at the age of 77.  He was a controversial figure in many ways, but there is no denying that he was a tireless champion for the rights of those less fortunate than he.  He is also the last of the iconic Kennedy political family that wielded political influence in the United States for fifty years.

Kennedy was a man with great compassion, as we can see with the Sun in sensitive Pisces opposed by Neptune, ruler of Pisces, and the Moon.  Neptune and Pisces seek an experience of Universal Bliss and are associated with spirituality and spiritual compassion, but also with a desire to escape the boundaries of ordinary reality.  A propensity towards alcoholism and other addictions are frequently seen in a strong Pisces nature, and Kennedy was no exception.

Still, the extreme empathy that is bestowed by Neptune and Pisces combined in Kennedy’s chart with a Capricorn ascendant that gave him the ability to focus and work diligently to accomplish his goals.  A combination of Mars (drive) and Mercury (communication) in Aquarius, the sign of new ideas and social justice, propelled him ever forwards to design new ways of creating greater balance in the American economic system.

Senator Kennedy was diagnosed with brain cancer last May, as transiting Chiron made the first swipe of a square to his natal Chiron.  Chiron is the planet(oid, some say) that presides over the body/mind/spirit balance of an individual and is therefore often present when there is illness of some kind.  The first phase of the Chiron square cycle occurred in March, but Kennedy was not hospitalized until May when the Full Moon hit a sensitive Mars/Mercury conjunction in his chart.

The final square of Chiron to Kennedy’s Chiron just occurred about ten days before his seizure earlier this year, and at the time of the seizure transiting Mars was exactly opposite Pluto in Kennedy’s chart, squaring the conjunction of his progressed Mercury (mind) and Uranus (electricity/nervous system) that I wrote about back in May 2008 when Kennedy was first diagnosed:  “The fact that Kennedy’s progressed Mercury is conjunct progressed Uranus right now is also interesting, echoing this Mercury/Uranus connection that electrifies the brain and creates an experience that changes everything.

Chiron was present once again at the time of death as Kennedy’s progressed Sun made an exact conjunction to Chiron in his birthchart.

Although his Republican colleagues criticized him relentlessly, they were also extremely fond of him and he was able to bridge the conservative/liberal gap better than most politicians.  It appears significant that his death concurs with the opposition of Saturn (conservatism) and Uranus (liberalism) currently aligning in the sky.  He may be the last bridge of reason between those two extremes of ideology.