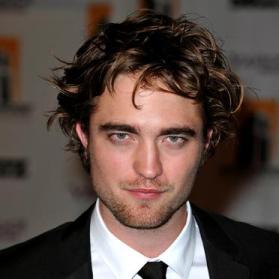 I thought it was interesting that the premiere of The Twilight Saga: Eclipse film occurred the night of the actual lunar eclipse.  The Twilight Saga has given new sexiness to the vampire genre, and brought a reluctant Robert Pattinson into the limelight.

Rob Pattinson was born May 13, 1986 in London.  There are rumors of an 8:32 am birthtime, but until I see that time somewhere besides Astrotheme I won’t feel confident using it.   In any case, Pattinson’s astrological chart explains why he is more interested in the craft of acting than the ego-driven business of stardom.

Pattinson’s Sun is in Taurus, which craves comfort and security above all things, and his Moon is in its own sign of Cancer, the sign of extreme sensitivity and emotional depth.  The combination of Taurus and Cancer is oriented very strongly towards security of all kinds – emotional, financial, in business, etc.   His Moon is opposed by Neptune, so he is a dreamer and an artist.  Pattinson has a strong musical background, having played guitar and piano for much of his life.   This also gives him a strong romantic streak which is also reflected in Jupiter in his chart falling in the sign of Pisces, ruled by Neptune and also embodying the archetype of the artist and the creative individual.

Girls will be interested to know that despite Pattinson’s romantic streak relationships will always be complicated for him.  Although his Moon is in Cancer, which is very family-oriented and nurturing, Venus in his chart is in Gemini, a sign that requires a lot of variety of experiences, and Venus is opposed by Uranus which is the planet of change and freedom.  On one level Pattinson will always need to keep his foot in the door, or at least have a sense of independence in any relationship he becomes involved in.

There’s no doubt that Pattinson is serious, and a hard worker.  Mars in his chart is in Capricorn, where it is said to be exalted because the energy of Mars is at its most effective in the disciplined sign of Capricorn.  In addition, Saturn in his chart  is in Sagittarius, suggesting that he has some difficulty (Saturn) with confidence and being able to relax and enjoy life – it is also retrograde, so the negative and critical voice of Saturn is internalized and therefore a bit louder even than usual.   Pattinson is known for being shy and “self-deprecating to a fault.”

And yet he also has a great sense of humor, which could be reflected by his unknown ascendant.

In any case, this is the chart of an actor who is serious about his craft (Mars in Capricorn), and creative and sensitive enough to become a highly skilled actor.