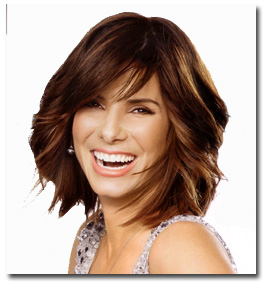 I don’t think anyone is very surprised that Jesse James has been having an affair with a stripper and porn star, but it’s still a shocking turn of events after her Oscar win seemed to signify a period of great fortune for Sandra.  And so it is – she has Saturn sitting right on her Midheaven, the cusp of the tenth house of Career, showing that she is a hard worker and very concerned with achieving her goals.  (7/26/64, unverified time of 3:15 am, Washington DC) Sandra is the kind of person who would say “the harder I work the luckier I get.”  Transiting Pluto has been making a harmonious transit to Saturn and the Midheaven, bestowing greater power and transforming her career.

Sandra’s chart also has Mars sitting right on her ascendant, suggesting that she is fiercely independent and forthright, and Venus is there as well, revealing the attractive qualities that draw so much affection from her fans.

Sandra has some very positive transits going on, and it is likely that this event is actually luckier than it might first appear.