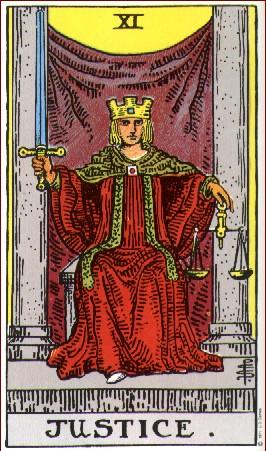 Saturn will be entering the sign of Libra on October 29, leaving the sign of Virgo where it has spent the last two years and some months challenging all of our conventional ideas about health and healing and ensuring that we embrace the Virgoan virtues of modesty, thrift and caution.
Libra is the sign of relationships and balance between two polarities.  In Libra we understand the yin and the yang, the plus and the minus, the inner and the outer, and recognize that both ends of the polarities are valid.
Saturn is said to be exalted in Libra, but this does NOT mean that everything Saturn touches while in Libra is hunky-dory.  Saturn’s crochety penchant for discipline and commitment is best expressed through the harmony of relationships, and the desire of Libra for balance and harmony helps to bring out the best of Saturn.  However, Saturn has a tendency to create tests and challenges in any sign that he passes through, and he particularly dislikes an over-romanticized and impractical view of the world.  In any area of life or the political spectrum where strange bedfellows have been made, Saturn is likely to shine his microscope and reveal the chinks in the construction of our sandcastles.
Saturn in Libra also brings a desire for charm and a harmonious approach to life as we saw when Ronald Reagan defeated incumbent Jimmy Carter in the 1980 elections just after Saturn had entered Libra.  Saturn desires to build structures, and in Libra Saturn wants structures that will build relationships and alliances. But Libra can also sometimes be superficial, with its love of beauty and an appearance of harmony.  A president like Reagan was made for Saturn in Libra and his charm and good looks gave the impression that John Wayne was in the White House.  It was arguably a presidency that was more style than substance. (Reagan had Libra on the Midheaven, in case you were wondering).
Saturn rules diamonds, the brilliant jewel that is created when a lump of coal is put under tremendous pressure.  This is the perfect metaphor for the way that Saturn works in our lives, and whether we end up with coal or a diamond really depends on us and how well we manage the tests that Saturn puts in our path.  Saturn cycles can be depressing and burdensome, or they can be times of material success and wealth.
As I mentioned recently, Saturn’s passage through Libra coincided with one of the worst recessions in the 20th century in 1982.  Saturn conjoined Pluto at the time, and during Saturn’s passage through Libra we will see Saturn forming a square to Pluto. Libra is ruled by Venus, and Venus is involved in the attraction and creation of wealth so Saturn’s passage through Libra can create tests and challenges in the realm of prosperity and force us to evaluate (Saturn) what we value (Libra).
While Saturn is passing through Libra it will be evaluating our progress in all Venus-related issues.  Much attention is given to Libra and Venus’s rulership over relationships, and all kinds of alliances will be both forged and tested under the influence of Saturn in Libra.  Other aspects of Libra include beauty, and with Saturn (aging) in Libra (beauty), we may find ourselves faced with some difficult facts about the processes that we use to stave off the aging process.  We could also embrace the aging process and discover the beauty that lies in the growing strength and stability that we experience with age, a true Saturn in Libra achievement!
The forging of alliances requires the kind of balance and integration for which Libra is well-known, and Saturn’s travel through Libra will bring with it a requirement that we consider all sides of a question in order to bring about a truly harmonious result.  Libra is the consummate diplomat and negotiator, and during this period great things are possible in the realm of peace negotiations.  Saturn in Libra also tests our ability to make commitments.  The generation with Saturn in Libra has exemplified this challenge as Saturn in any sign shows where we feel insecure and where we need to compensate.
Saturn in Libra is best described by the Justice card in the Rider-Waite Tarot deck: Armed with the scales of justice in one hand and the sword of power in the other.  With Saturn in Libra, justice and balance are required and they may come with a price.
In any matter with which Saturn becomes involved, he does not give success easily.  It must be earned, and the Saturnian qualities of discipline, hard work and achievement must be utilized.  This will be particularly important when Saturn and Pluto face off in a square formation.  The first phase of that cycle occurs in November of this year and will be in range through February of 2010 .  As I have said often in these pages, this will likely instigate another crisis of confidence that challenge the recovery of the global economic systems.
Saturn then retrogrades back into Virgo in March where it will clean up the last of its Virgo business, such as health care reform and completing the process of instilling the values of thrift and economic conservatism.
We are likely to see a resurgence of optimism next spring when Jupiter (abundance and expansion) conjoins Uranus (radical change from the status quo) and I’ll be writing more about that phase of the cycle as we get closer to the time.
Share this article...
By Lynn Hayes|2009-10-20T10:52:54-04:00October 20th, 2009|Astrology|Comments Off on Saturn in Libra 2009-2012