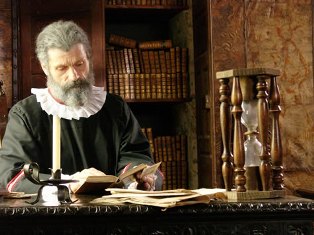 The other day I wrote about the expansive energy of Jupiter moving into Aries, but we are also dealing with a more contracting influence at the same time: the retrograde turn of Saturn.

(Astrology lesson: Because of the way we view the motion of the planets from earth, they sometimes appear to move backward and we call that retrograde.  When a planet is appearing to change direction, its motion slows down and we call that “stationary.”  At that time its influence is often particularly powerful.)

Saturn governs hard work, discipline, responsibility.  In his guise as Kronos in ancient Greece, he was the God of Time – the one that reminds us “Tempus Fugit!” (Time is passing!)  We don’t have forever, so if our lives are not as we want them to be we’d better get to work and get serious about things.

Astrological Jupiter and Saturn are not naturally compatible.  Where Saturn tells us where we’re not good enough and that we have to do more, always more, Jupiter has faith that everything will turn out just fine.  Jupiter wants to be optimistic and trust that good things are possible, and Saturn won’t let us relax because even if everything is going well, disaster could be right around the corner.

All of the planets serve an invaluable purpose, and no planet is better than the other.  We need Jupiter’s faith to keep us going, even when the light appears to have dimmed.  We need Saturn’s perseverance and retreat into isolation so that we may emerge with our skills enhanced and our resolve strengthened.

Over the next few months Jupiter and Uranus in Aries will fill us with more energy than we know what to do with, making the Saturn retrograde turn just a blip on the radar.  So for the next few days see if you can transmute every negative thought (Saturn) into a plan to achieve something greater in your life, and allow the enthusiasm of Jupiter in Aries to propel you into action to make that happen.