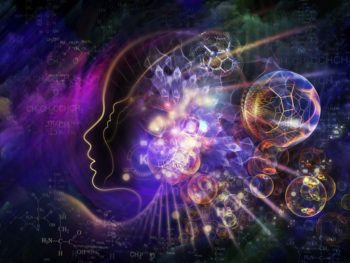 Technically, the the harmonious dance between the planets Saturn (structure, responsibility, achievement) and Uranus (innovation, new pathways to change) began in December of 2016 and completed in November of 2017.  But this week the two planets reconnect and come as close to the trine as they will come for quite some time – within 13 minutes of a degree around August 24th and 25th.

A trine is a harmonious interaction between two planets – when planets form a trine aspect we tend to see the best of those planets, rather than their most challenging attributes.

Saturn is grounded and practical and urges us to apply focus and discipline to get the job done.  Uranus, an outer transformational planet, inspires us to break free of Saturnian limits and shatter the paradigms of limitation.  This harmonious combination  brings inspiration and an ability to think outside the box while being able to remain organized and focused, which can help us in all kinds of ways, from expanding a spiritual practice to creating a new business venture. It is especially useful in opening doorways to multidimensional thought and creative inspiration.

Any type of visualization is perfect for this harmonious alignment which will be in effect until early September and possibly a bit beyond as the two planets begin to separate.  This beautiful interplay of planetary energies is the strongest influence in the sky right now, and a real gift after a stressful planetary summer!