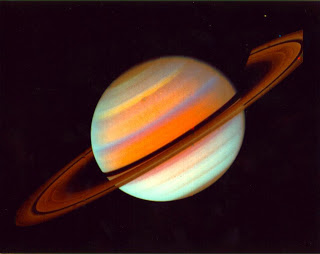 Saturn, which has been traveling retrograde where it has been challenging our understanding and forcing us to go back and confront areas where we are less than good enough, turns direct today and resumes its forward motion through the sign of Leo until September, when it will enter Virgo and a new phase of our earthly instruction. Saturn is the Celestial Taskmaster, the great teacher that cares nothing for our ego but everything for our living a successful earthly life. Over the next few months as it completes the pass through Leo it will reach alternative trines with Jupiter and with Pluto, harmonizing influences that will facilitate the success of the forms that we create.

This could help to stabilize the influence of the square from Jupiter and its need to be expand the ego to Uranus which demands radical change. This cycle began in January and we’ll hit its second phase in May with the conclusion in October. Saturn will form a trine to Jupiter during that second phase, but it will also quincunx (150 degrees) Uranus which will create resistance to the urge for change that could result in small crises that have no outlet. Still, in the scope of things these cycles are relatively benign.

In other planetary news this week, relationships come into focus on the 22nd with the culmination of the conflict between Venus (relating to others) to Mars (self-oriented needs), although this is softened somewhat by the fact that Mars is in Pisces and less aggressively self-centered than this aspect may otherwise be. On the 23rd with an opposition of Venus to Jupiter we become self-indulgent (Venus/Jupiter) and likely will be primarily concerned with satisfying our own desires. By the 25th, with a trine of Venus to Chiron, the focus turns to healing any problems that arise in our dealings with others, but there is also a sensitivity towards any wounded places in ourselves that need attention. This whole period is very well suited to healing work.