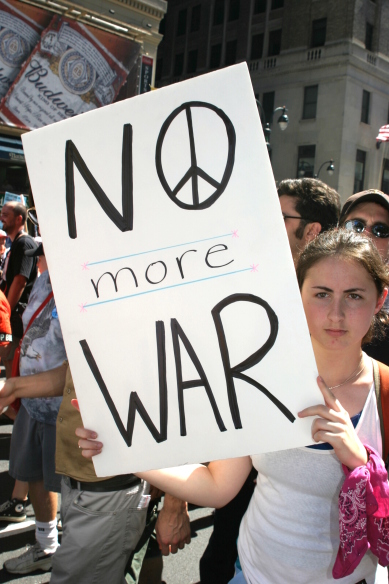 It’s always fascinating to look back into the historical record to see how planetary configurations applied themselves during those times in order to learn more about how those planets work together and to derive clues of how they may manifest this time around. Saturn/Neptune is a 36- year cycle which gives us plenty of interesting information.

Remember that Saturn strives to build form where Neptune reminds us that there is a world beyond form; Saturn rules incarnation in the body and Neptune draws us into experiences that go beyond the body and the material world. In the opposition, where the two planets are 180 degrees apart, there is a tension between them that requires balance. This is a challenging aspect, but not so difficult as the square in which there is open conflict. The opposition is the apex of the cycle; it is the pinnacle of understanding the process before integration takes place.

In the opposition between Saturn and Neptune our fantasies and illusions (Neptune) bump up against cold hard reality (Saturn), but there is also potential for manifesting our dreams (Neptune) into physical form (Saturn) and incorporating a life of spirit (Neptune) into our day-to-day existence (Saturn). Politically, the cycle of these two planets tends to bring conflict that arises as a result of the desire to manifest an ideal (Neptune) against the established order of Saturn. This cycle can also manifest in the exposure of governmental (Saturn) corruptive and deceptive behavior (Neptune).

In this century, Saturn in Pisces opposed Neptune in Virgo in March and October of 1936 and then again in January of 1937. This was a heavily Neptunian period since Pisces is ruled by Neptune, and Saturn in Pisces has difficulty grounding into material reality and confusion abounds. Saturn/Neptune is also associated with the destabilization (Neptune) of governmental structures: This period bore witness to the rise of nationalism with the expansion of the Nazis in Germany, a civil war in Spain between nationalist troops of General Franco and Spain’s democrative government. This era also marked the beginning of Arab nationalism and riots in Palestine in reaction to Jewish immigration and the British government, as well as the abdication of Edward VIII in England who left the throne (Saturn) to marry the woman he loved, a very Neptunian romantic notion.

One of the more interesting events of the previous Saturn/Neptune opposition of 1899-1900 (with Saturn in Sagittarius and Neptune in Gemini) was the Boxer Rebellion against foreign influence in China which took place during the final years of the Qing Dynasty. The Boxer Rebellion sprange out of nationalist fervor against foreigners and Chinese Christians. The rebellion was ironically put down by a multinational force and the resulting humiliation led to the downfall of the Qing Dynasty by 1905. The Boxer Rebellion brought previously hidden (Neptune) ideology and frustration to a culmination point.

The opposition of Saturn in Gemini to Neptune in Sagittarius occurred in June and November of 1971 and April of 1972 and was marked by increasingly violent demonstrations and rebellions around the world as idealism (Neptune in Sag) came face to face with governmental repression (Saturn). In the US, demonstrations against the Vietnam War grew in numbers and in power and the Supreme Court permits publication of the Pentagon Papers, exposing corruption in the government (Saturn/Neptune). The Attica prison riots exposed the poor conditions in US prisons (prisons are ruled by Neptune). The end of 1971 also witnessed civil war in Cambodia and between India and Pakistan, as well as increased fighting between British troops and Irish nationalists which culminated in the famous Bloody Sunday massacre in early 1972. All of these events showed the culmination of understanding that is the highlight of the opposition and paved the way for change that occurred during the waning phase of the cycle. The end of the opposition in 1972 also saw a treaty that banned (Saturn) biological weapons (Neptune) was signed by 70 nations.

The Saturn/Neptune cycle has been associated by some astrologers with the flu of 1918, but the conjunction of Saturn and Neptune in Leo actually completed a few months before that epidemic. However, with any Saturn/Neptune contact there is the potential for hidden dangers that may not make themselves known right away.

So what can we expect during this year’s Saturn/Neptune opposition which begins this month and will continue through June of next year? A few possibilities: