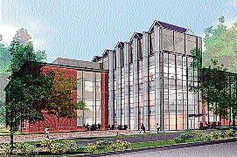 I read this in the paper today and the astrological symbolism is just too perfect to ignore: Plans for a glitzy new research center called the Innovation Center (Uranus) which was to be built here in Chapel Hill as part of the new University of North Carolina campus extension have been delayed (Saturn) because of the slowing economy.

Innovation is a keyword for Uranus, and delay is Saturn’s hallmark so will not be surprising when over the next few years we see plans for all kinds of scientific innovation and research delayed with the two-year opposition cycle of Saturn to Uranus.  Saturn doesn’t always quash the plans of Uranus – sometimes Uranus forces Saturn to change and break free of old calcified patterns (Saturn) to seek something more authentic (Uranus), especially with Pluto in Capricorn where it is destroying old structures in order to build eliminate the forms that are no longer working for us.