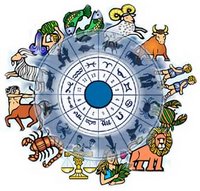 I, for one, am glad to see this headline. Ever since newspapers began printing “horoscopes” to sell more papers, real astrologers have been complaining about it. Clarke Fountain says sun sign “horoscopes” are like “trying to funnel the ocean into a ketchup bottle.” There are some good astrologers out there writing these columns, and there’s no doubt that sun sign columns bring increased exposure, but they are just not accurate.

A “horoscope” is so much more than a sun sign, it is no less than an actual map of the sky at the time an individual was born. It includes an ascendant, Sun, Moon, planets, Chiron, asteroids, midpoints, angles, and that’s only the beginning. It then analyzes the relationships between each of those factors, and then studies their evolution. Although the Sun sign is the most important single piece of the chart, it is only one piece and strongly affected by the other factors. For example, someone with Sun in fiery Aries whose Sun is conjunct Neptune will take on characteristics of Neptune as well with a more watery personality. To make a determination from only the Sun sign is just impossible.

So I was glad to see that a recent analysis by Dr. Peter Hartmann, a researcher in psychology in Denmark, proved that

“When considering the current scientific standing with respect to Sun signs, it becomes clear that there is little or no truth in [them],” says Dr Peter Hartmann, who led the study in the May issue of the journal Personality and Individual Differences.”This does not necessarily mean that all astrology is without truth, but only that the independent effect of Sun signs is most likely to be irrelevant,” he said.

Dane Rudhyar, the grandfather of modern astrology, dismissed the attempts of astrologers to attempt to “prove” astrology in this article. Quoting Einstein, he says

“Science knows more and more about less and less.” This is the result of its analytical and reductive approach to the empirical data of human experience.

he then goes on to conclude:

[I]f astrology is to be considered a science, it should not be as an empirical science, but as a kind of algebra based on a new and complex type of “holistic” logic dealing with the structural operations of a few variable factors which can be found at work in any steady and organized system of activities.

I feel no need to prove how astrology works, for me it is enough that it brings insight and magic into our lives, giving us a new level of self understanding and bringing us in greater harmony with our purpose.