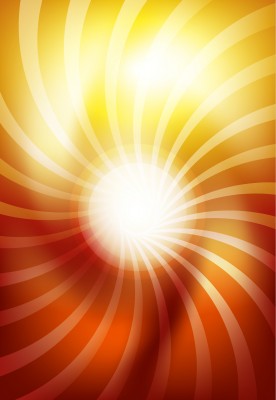 Chizhevsky divided the four solar phases into periods of three, two, three and three years respectively. Due to the varying lengths of the cycle, it’s best to take those numbers as ratios. Once, two maxima were observed only seven years apart. Another time, seventeen years elapsed between maxima.

I first wrote about the sunspot cycle in 2006 when we were in a “solar minimum” – a period with very few sunspots.  The previous Solar Maximum had occurred in 2000 which certainly correlates to this four phase system, with the beginning of wars, financial difficulties and tensions across the globe.

By 2009 there were so few sunspots that scientists began to wonder if they had completely disappeared.  Talk of a new mini ice age began to be heard.  Then in 2010 the Sun began to wake up (Phase Two in the system described above).  There was a flurry of solar flares in 2011 but nothing that approached the level of a true Solar Maximum.  Some of the hysteria around the 2012 period was that the Solar Max was expected to take place during that year but if it did occur it was extremely weak.  In May of 2013 there was a flurry of solar activity suggesting that we may be on our way to a period of maximum solar activity, but so far there has been no real increase.

Personally, I don’t see the ebb and flow of solar activity as a reliable predictor of human behavior except as the resulting climate change affects the human experience and our ability to support our lives on Planet Earth.