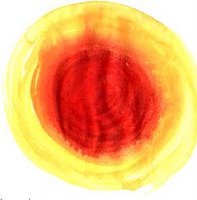 Beginning in February of this year, the Sun has been completely blank with no sunspots. NASA solar physicist David Hathaway says “Solar minimum has arrived.” In 2004, he predicted that solar minimum, a period of low sunspot activity, would arrive in late 2006 and it appears it has come a bit early.

Sunspots are “great islands of magnetism”–force fields that are cooler than the rest of the Sun. They contract and expand and change as they move across the surface of the Sun. Some scientists believe there is a connection between solar activity and climate change, and a period of low solar activity between 1666 and 1700, known as the Maunder Minimum, is said to have coincided with the “mini ice age” of that period, bringing bitterly cold winters to Europe and heightened volcanic activity.

What will this period of decreased energy bring to human consciousness? Astrologically, the Sun represents the individual Self, warming and encouraging our spirit to grow and evolve, just as the Sun warms and encourages growth of plants. High levels of solar activity bring an increased degree of electromagnetic energy, stimulating our own bioenergetic fields and heightening our awareness of higher realms of consciousness. Intense electromagnetic stimulation, such as what we sometimes find in a transit of Uranus, can be ungrounding and somewhat disturbing to our earth-bound natures.

Percy Seymour has extensively researched the field of magnetobiology, which shows how organisms respond to the Earth’s magnetic fields, and how the Sun affects those fields. If high sunspot activity causes the earth’s magnetosphere to grow in size and amplify those affects, as he claims, then low sunspot activity is apt to minimize those effects.

Since the Uranus-Neptune conjunction in the early 1990s, there has been an intense expansion of conscious awareness throughout the planet. The combination of Uranus’s electromagnetic charge with the longing of Neptune to transcend ordinary reality created an environment that, while stressful in its lack of stability, facilitated great changes in awareness. However, this rapid expansion has had the effect of stimulating nervous disorders and anxiety in many people who were not ready for the dramatic change that is unfolding. The Uranus-Neptune conjunction was followed by a trine of Uranus to Pluto in 1996 that coincides with the last “solar minimum” period.

The solar cycle is about 11 years, and the last minimum occurred in 1995-96. During that period:

1996 also coincided with the beginning of the rise in the stock market and the dot com boom. If we are truly beginning a “solar minimum” period, this may be a time when as individuals we are drawn into a phase of contraction. Just as in summer we tend to be outdoors and embrace the change brought by the sun, and in winter we withdraw into the warmth of our homes, perhaps decreased solar activity will encourage us to ground into earthly pursuits and establish greater security for ourselves.