Thanks to Beth Owls Daughter for this link about the phenomenon of “imaginal cells” in the metamorphosis of the butterfly:

After a caterpillar buries itself inside its cocoon, it waits to morph into a butterfly.  The caterpillar does not simply shrink a bit and sprout wings.  Instead, it sort of disintegrates into a puddle of ooze within the cocoon.  If we were to open the cocoon halfway through the process, we would not find a half-caterpillar half-butterfly type creature, but a blob of goop.  The goop is made up of a bunch of individual cells that are all basically the same type of oozy cells.  For whatever reason, after the caterpillar has turned into ooze, a new type of cells start appearing.  The original ooze cells are NOT changing into these new cells, but rather the new cells seem to come out of nowhere.  They just appear out of thin air so to speak.

Eventually, they become a large community and they switch gears from simply being a group of like-minded cells into the programming cells of the butterfly.  Some imaginal cells start changing into wing cells, some start changing into antenna cells, some start changing into digestive tract cells, and so on.  They are no longer imaginal cells but become butterfly anatomy cells.  As we all know, if left alone to do his thing, the butterfly eventually emerges as a completely new entity from the original caterpillar.  Do they hold the same memories, life lessons, and consciousness?  Who knows?  One would think that for survival of the species, the butterfly would still retain whatever knowledge the caterpillar had learned before entering into the cocoon state. 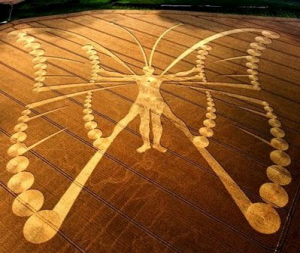 This is a new concept to me, so I began to do some research.  The metamorphosis from caterpillar to butterfly has always fascinated me because it so closely mirrors my own experience of personal transformation in which we begin as an ordinary caterpillar, and then are forced into a chrysalis by a transit of Saturn, Pluto or Chiron.  The chrysalis is actually a protective device to protect us as we complete the transformation process.

Transformation goes  beyond the personal, and once we have made the metamorphic leap ourselves we can begin to serve as “imaginal cells”  for the transformation of the communities in which we live.

This process isn’t easy.  Like the imaginal cells in the metamorphosis of the butterfly, those of us who serve as transformative forces in our community are not always recognized as a positive influence and this will be especially true as the force of government power (Pluto in Capricorn) squares off against the force for revolutionary independence (Uranus in Aries).  But just as in the story of the butterfly, as we join forces, sharing the resonance of a new vibration and new information, we can become forces for positive transformation that will reverberate around the world.