>This essay from Walt Whitman is so perfect for this week’s Aquarius New Moon, which is the peak of the Aquarius stellium featuring six planetary bodies in Aquarius.  The asteroid Pallas is there too, shining the light of wisdom and the living presence of the Cosmos, as Whitman puts it here. ❤️ 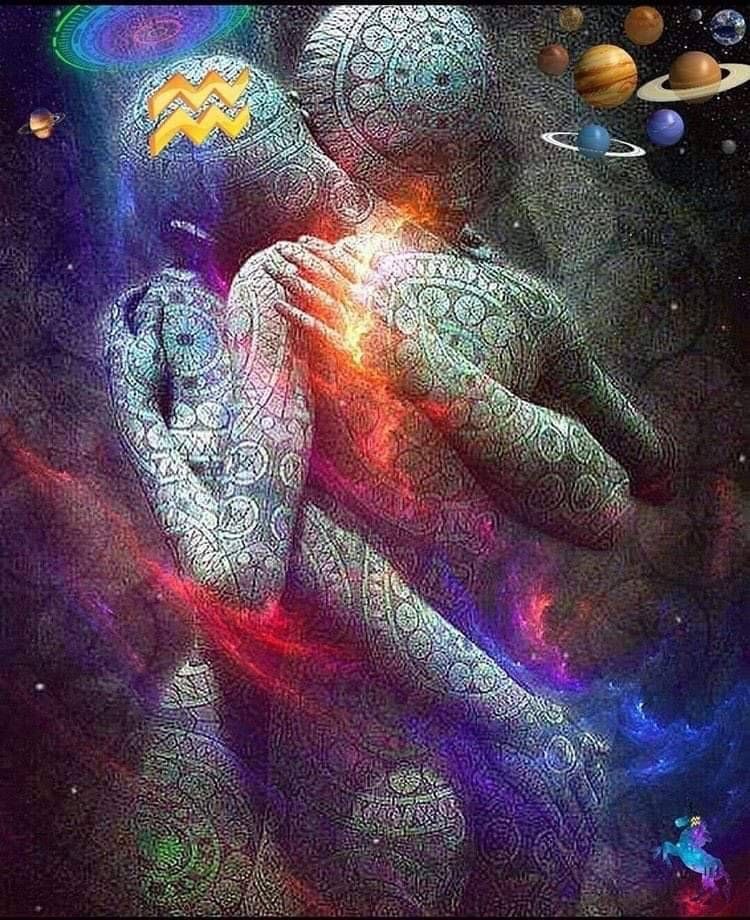 “I was in a state of quiet, almost passive enjoyment. All at once, without warning of any kind, I found myself wrapped around as it were by a flame-coloured cloud. For an instant I thought of fire, some sudden conflagration in the great city; the next, I knew that the light was within me.

Directly afterward came upon me a sense of exultation, of immense joyousness accompanied by an intellectual illumination quite impossible to describe. Into my brain streamed one momentary lightning—flash of the Divine Splendor which has ever since lightened my life; upon my heart fell one drop of Divine Bliss, leaving thenceforward for always an aftertaste of heaven.

Among other things, I did not come to believe: I saw and knew that the Cosmos is not dead matter but a living Presence, that the soul of man is immortal, that the universe is so built and ordered that without any peradventure all things work together for the good of each and all, that the foundation principle of the world is what we call love, and that the happiness of everyone in the long run is absolutely certain.

I learned more within the few seconds that illumination lasted than in all my previous years of study and I learned much that no study could ever have taught.”