Sunday inspiration on the search for faith and meaning

Sunday inspiration on the search for faith and meaning 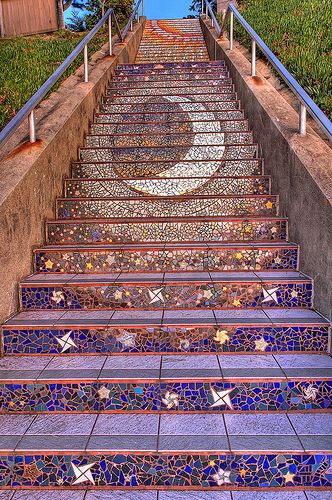 As I write this, humanity is in crisis around the world – a global pandemic which already strains the world’s economic and humanitarian systems.  In the scope of days, our world has changed and our lives will likely not be the same for quite some time.

Pope Francis recently said in his meditation on calming the storm:

The storm exposes our vulnerability and uncovers those false and superfluous certainties around which we have constructed our daily schedules, our projects, our habits and priorities. It shows us how we have allowed to become dull and feeble the very things that nourish, sustain and strengthen our lives and our communities. The tempest lays bare all our prepackaged ideas and forgetfulness of what nourishes our people’s souls; all those attempts that anesthetize us with ways of thinking and acting that supposedly “save” us, but instead prove incapable of putting us in touch with our roots and keeping alive the memory of those who have gone before us. We deprive ourselves of the antibodies we need to confront adversity.

In this storm, the façade of those stereotypes with which we camouflaged our egos, always worrying about our image, has fallen away, uncovering once more that (blessed) common belonging, of which we cannot be deprived: our belonging as brothers and sisters.

read more here…  He then ruins it for me by saying don’t worry, if you have enough faith the Lord will protect you.  Religion promises that if you’re a good person good things will happen to you, and that if you have enough faith the Lord will save you from bad things, and I don’t see that life works that way.  In a catastrophe, does the Lord play favorites, only saving certain people and not others?  Are the people who perish bad people, not worthy of salvation?

I do not believe that we can find meaning in life without a spiritual lens through which to view equally the happy and the tragic episodes of life.  I have seen people with easy lives and plenty of money who were miserable, and people with impossibly difficult circumstances who overcome them to become fulfilled and joyful as they assist others to find their sense of meaning.  The fact is, modern life has been killing us humans.  The economic imbalance continues to increase, putting millions of humans at risk while a small number accumulate riches beyond imagination.  The air we breathe poisons us.  The food we eat doesn’t nourish us.  Our addiction to material things has fueled a spiral of debt that keeps happiness and satisfaction always a step away.  Our relationship to nature has been destroyed by factory farming and the destruction of rain forests and other ecological underpinnings which keep the world in balance.

We just lived through a conjunction of Saturn (hardship) to Pluto (destruction and regeneration) in January which corresponded to the beginning of the spread of the virus.  Jupiter and Pluto are now within a degree of their conjunction which will be in effect for much of the rest of the year.  Jupiter is associated with the human search for meaning (as well as religion and the expression of shared philosophies), and while I’m pretty sure Jupiter and Pluto didn’t cause the spread of the virus, it WILL necessitate a transformation (Pluto) of the way in which we view the world (Jupiter), especially since both planets are in Capricorn which has to do with the structures on which human life is constructed. 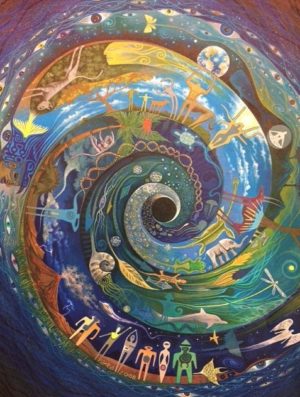 This virus and the lockdown that has accompanied it looks horrific when viewed through the lens of the destruction of the life that we knew before, and indeed it will not have a happy ending for many of us and for that we need always to hold compassion in our heart from those who perish from the world before they were ready to do so.  But there are little blessings everywhere – families forced to spend time together rediscover each other in meaningful ways.  The stillness of being locked up in an apartment leads to experimentation with a meditation practice or a renewed creative practice.  People are finding new ways to connect with each other and joy in simpler things.

The writer Viktor Frankl famously wrote of his experiences struggle to find meaning in his survival of a Nazi Germany concentration camp after the death of his wife in the camp.  (Quotes are from this article.)

Every day, every hour, offered the opportunity to make a decision, a decision which determined whether you would or would not submit to those powers which threatened to rob you of your very self, your inner freedom; which determined whether or not you would become the plaything of circumstance, renouncing freedom and dignity to become molded into the form of the typical inmate. …

The way in which a man accepts his fate and all the suffering it entails, the way in which he takes up his cross, gives him ample opportunity — even under the most difficult circumstances — to add a deeper meaning to his life. It may remain brave, dignified and unselfish. Or in the bitter fight for self-preservation he may forget his human dignity and become no more than an animal. Here lies the chance for a man either to make use of or to forgo the opportunities of attaining the moral values that a difficult situation may afford him. And this decides whether he is worthy of his sufferings or not. … Such men are not only in concentration camps. Everywhere man is confronted with fate, with the chance of achieving something through his own suffering.

In the current circumstances, we are being pushed to go deeper into ourselves for meaning as the world around us continues to shrink.  The things that formerly gave us purpose – increasing our 401K, seeking luxurious experiences, scaling the ladder of success – are no longer available to us.  What will replace those things?  This is what we need to find out. ❤️