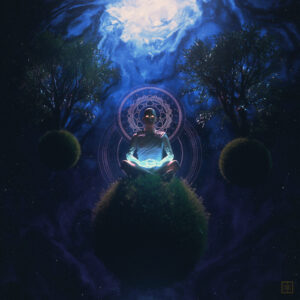 According to Hindu tradition, there is a cycle of four great ages, or Yugas, that mark the passage of time. Using a complex mathematic formula in which one celestial year is 360 earth years, the four Yugas begin with the Satya Yuga, the age of truth in which virtue reigns supreme, followed by Treta Yuga which is three-quarters virtue and one-quarter sin, and then Dvapara Yuga which is equal parts virtue and sin. The death of Lord Krishna in 3102 bce in most traditions marks the beginning of the Kali Yuga in which sin makes up three parts and virtue only one.

Like astrological Pluto, the goddess Kali represents destruction and death, but her destructive nature is aimed at destroying ignorance and other human evils. I don’t want to depress anyone, but in the tradition the Kali Yuga is said to last 432,000 human years so we will not see its end during our lifetime.  Hinduism is not my religion, but as I look around the signs of Kali Yuga are everywhere. Multiple mass shootings nearly every day. Horrific war crimes in Ukraine, but also in Africa and other parts of the world that are less newsworthy. Climate change resulting in desperate human conditions. Yet somehow we must find a way to not only survive this age of evil and fear, but hold fast to the light of spiritual wisdom and not let go. It is said that in the Kali Yuga humans are given the gift of moksha – release from the cycle of birth and death. I don’t know about that, but I do know that in the darkest hour, the smallest light will make a big difference.

This morning I have spent some time in contemplation of how this can best be done, and what better time to delve into the power of the soul to bring light into the world than today’s Scorpio lunar eclipse!  One thing we know is that whatever we focus on tends to expand and take on more power and authority in our lives. When we focus on fear, fear will begin to take over. When we focus on outrage, we can become blind to ways in which the power of our anger can create change.

Today I take inspiration from the Buddha’s Eight-Fold Path for these steps that I believe can help avoid the pit of despair during these times:

And then ultimately, we must come to terms with what we have the power to change, and what we cannot. We are just one small part of a large tapestry of human experience, and we are rarely able to understand the whole of it. Human existence unfolds in mysterious ways and if we can learn to be fully present in the midst of what appears to be utter chaos, it is my prayer and wish for the keys to the peace that comes from perspective and understanding. ❤️