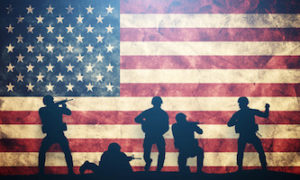 I have written many posts after these mass shootings, including this one in which a commenter said “Ask someone who was protecting their business or home during the LA riots why someone might need an ‘assault rifle’.”  All of this fear is very good for business, and even though the clout of the National Rifle Association may be weakening, its symbolism is still strong as we can see from the unabashed and uncompromising call for more guns at this weekend’s NRA convention in Houston just after the Uvalde massacre. And guns have become an integral part of the platform of today’s Republican party.

We are in the throes of the US Pluto return, the return of Pluto to its position in the second house of the US chart. Money and the breakdown of our economic system is a big part of how this seems to be manifesting. Rent increases are rampant which leads to increases in the homeless population. The size of the Mexican-American minority is growing. The rule of the white majority is under threat, and the reaction is more violence, leading to more gun purchases. The rise of gun ownership among Black peoples and other minorities is also growing.

At some point this will have to stabilize, but the Pluto return doesn’t end until the fall of 2023. Pluto forces us to dig into the underworld of the dark matter, the dark aspects of the psyche and the culture that hides under rocks and in all of the dark places until it can be exposed to light and transmuted. The 2022 mid-term elections fall right in the middle of the Pluto return, and the leadership that is elected at that time will have a significant effect on that transformational process. In addition, Pluto is completing its journey through Capricorn, the sign of social structures, which has brought about an increase in authoritarianism around the world. Increased social chaos breeds desire for greater authoritarianism and I think we are seeing this pretty much everywhere.

I am at a loss to provide inspiration today, but I also don’t want to fall into the depths of despair. I tend to be a pragmatist by nature, and these are the facts as I see them. At least with the astrological lens we can see why energies are manifesting a certain way and when the pressure is likely to ease. Now let’s get to work to create as much fair play in our communities as we can, and elect strong leaders who can help to defuse the growing tension rather than further inflame it.